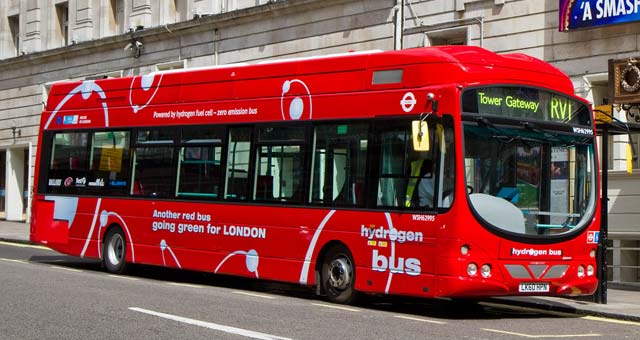 Ballard Power Systems has signed an agreement with Transport for London (TfL) to extend the operation of eight zero-emission hydrogen fuel cell buses in London, U.K. for five more years.

The eight buses are operated by Transport for London on its central Covent Garden-Tower Gateway route. The fleet has been operating in service for more than 73,000 hours, with fuel performance and reliability exceeding expectations.

The contract extension is being partially funded by the EU Hydrogen Fuel Cell Joint Undertaking, a public-private partnership supporting research, technological development and demonstration activities in fuel cell and hydrogen energy technologies, which provides subsidies for eligible projects through a cost share mechanism.

“We are very pleased with the performance of the fleet of fuel cell buses, as well as with the ongoing service and support that Ballard is providing,” said Mike Weston, Transport for London’s Director of Buses. “We remain committed to the achievement of our clean transportation goals and these buses are an important part of our solution.”

Steve Karaffa, Ballard’s Chief Commercial Officer said, “This contract extension is a positive endorsement of zero-emission fuel cell technology in transit applications, based on the demonstrated performance of these buses over the past five years. Clean transportation is a growing concern for transit authorities globally and our fuel cell modules deliver a proven solution.”