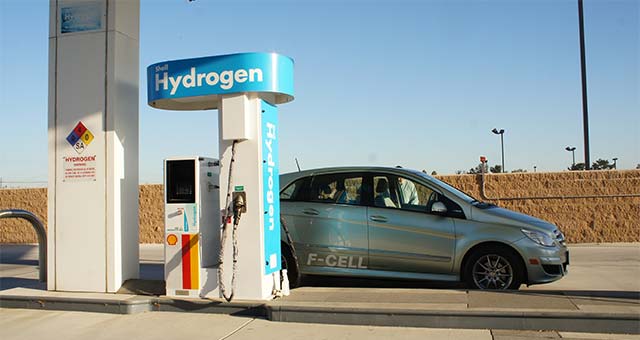 Ricardo-AEA has been selected, in partnership with E4tech, to deliver the UK Government’s Office for Low Emission Vehicles’ (OLEV) ‘hydrogen refuelling stations’ infrastructure grant scheme – the scheme aims to support the roll out of a UK hydrogen fuel network capable of servicing fuel cell electric vehicles.

Grant funding of £3.5 million will be provided through the scheme to develop up to seven new, fully functional, hydrogen refuelling stations, with a further £2 million being made available to upgrade up to eight existing ‘demonstration’ stations.

Ricardo-AEA will oversee the submission of infrastructure proposals through its online application portal, before technically reviewing the applications and making a formal recommendation to OLEV. Technical experts within Ricardo-AEA and E4tech will judge applications on how well they meet a range of criteria, including the role they will play in an early hydrogen network.

Once successful infrastructure candidates have been chosen, Ricardo-AEA will work with government to deliver the grant payments and monitor and report on the installation of new hydrogen refuelling stations.

The competition opened on 2 February 2015 and potential applicants are being invited to register their interest via the online application portal on Ricardo-AEA’s website: http://www.ricardo-aea.com/cms/hydrogen-refuelling-station-grants. Upon registration, candidates will receive a competition guidance document and the scheme’s application form.

Lisa Groves, senior consultant at Ricardo-AEA commented: “We’re very pleased to be delivering this project on behalf of the UK government. Leading car manufacturers have already chosen the UK as one of their first markets for FCEVs and it’s vital that the UK builds an effective refuelling network in order to benefit from this low carbon technology. We have developed a robust selection process that will enable government and industry money to target the most suitable projects and deliver this new infrastructure. We look forward to working with OLEV to see the first part of the UK’s hydrogen refuelling network established in 2016/2017.”