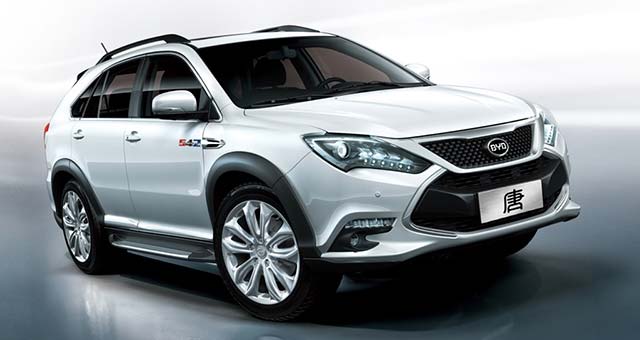 China’s electric vehicle maker, BYD Company Ltd. has officially announced their Dual Mode Electric SUV, the BYD Tang, is now available for pre-order for the anticipated price of 300,000 RMB (about US$48,300) before EV incentives.

Tang SUV is fitted with an 18.4 kWh LiFe batteries. BYD claims an all-electric driving range of 80 km (50 miles) per charge.

Similar to the BYD Qin, Tang gets its name from the Tang Dynasty (618–907 AD), and is known throughout the world as the most prosperous of all the great Chinese Dynasties.

BYD expects orders for the Tang to surpass those for the Qin plug-in hybrid.