Researchers Develop Electric Cars That Can Park Themselves [video] 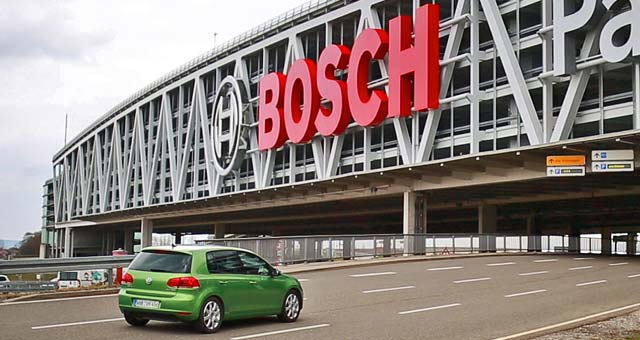 Electric cars hold the promise of sustainable mobility for the years ahead. But current technology has significant limitations such as reduced driving ranges and long charging times.

As such, today’s electric cars are not yet a realistic alternative to conventionally powered vehicles when considering long-distance journeys. This is why scientists are developing novel approaches that combine not only short- and long-haul travel but also public and private modes of transportation.

One such concept is currently being developed by a team of researchers at ETHZurich and the universities of Braunschweig, Oxford, and Parma, in collaboration with industrial partners Bosch and Volkswagen AG.

Their EU-funded project is called V-Charge, which stands for “valet parking and charging,” and it envisions a world in which travelers complete most interurban journeys using a well-developed long-distance transportation network and then switch to comfortable electric vehicles for the last few miles home from the railway station. To support this vision, the researchers are developing V-Charge park & ride car parks, where fully automated electric vehicles will be able to make their way to charging stations or parking spaces. Travelers simply use a smartphone app to send their vehicle to charge itself. Once it is fully charged, they can summon it just as easily via the app to come and pick them up.

The project was launched in June 2011 and reached an important milestone on April 2, 2014, when the scientists presented the latest version of their fully automated driving and parking function in the Bosch parking garage at Stuttgart airport. They successfully demonstrated fully automated valet parking triggered from a smartphone app. After receiving the trigger, the vehicle connects to the parking garage’s server, determines the location of a vacant parking space, and then drives itself to that space. If another vehicle crosses its path, the vehicle either stops to let it pass or maneuvers to avoid it.

It is not possible to use GPS to locate vehicles inside parking garages as the building obstructs satellite signals. Instead, the scientists have developed a camera-based system that relies on the team’s pooled expertise in the fields of robotics and environment sensing. The first step is for the vehicle to connect with the parking garage infrastructure and download special map for determining its precise location. The map contains a description of the surroundings that is specifically designed to be used with camera sensors. The vehicle can determine its position by comparing the data its cameras collect at any given time with data from the map.

Any obstacles are detected by a stereo camera and then either recognized as static or identified as another road user currently in motion. Several times a second, the vehicle recalculates the optimum sequence of driving maneuvers that will allow it to avoid both static and moving objects.

The aim is to make the functions outlined here cost-effective enough to appeal to the market so that they can be integrated into series production in the near future. This is why the engineers deliberately avoided sensor systems that are not suitable for series production. Instead they are working with equipment that is already available today, including the ultrasonic sensors and stereo cameras that are used in parking assistance and emergency braking systems.

With the project set to conclude in 2015, the team will now continue to refine all aspects of this system. One central aspect is the accuracy of parking maneuvers. In order to charge themselves automatically, electric vehicles of the future will have to approach charging stations with particular precision. Reliable navigation is another focus of the project’s work. It needs to be ensured that vehicles can deal reliably with any situation that arises, even when faced with strongly fluctuating lighting conditions, heavy traffic in which other vehicles are being controlled manually, and areas shared with pedestrian traffic.[wzslider height=”400″ lightbox=”true”]