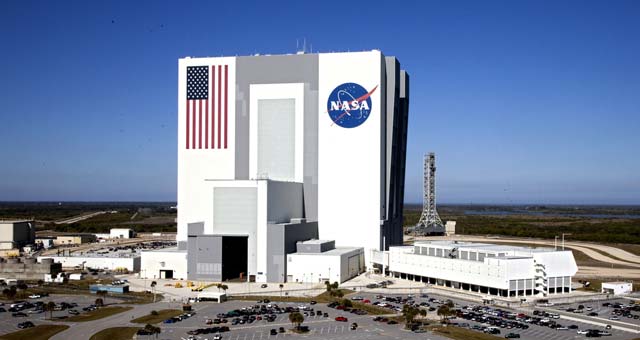 The NASA Kennedy Space Center started a pilot program to test the impact that driving electric vehicles has on the environment. After three months, the EV program has already exceeded its anticipated results when it comes to reducing greenhouse gas emissions. According to a representative from NASA’s Sustainability Office, the numbers are up to 10 times better than what the program designers had expected to see.

The program was designed in response to a federal mandate in the USA that all federal agencies proactively seek to reduce their greenhouse gas emissions. One of the categories of the executive order was emissions from sources outside of the agency’s direct control. This could include things like the emissions produced by employees as they drive to and from work, or those produced by airplanes carrying employees on business trips. NASA has planned a reduction of 12.3 percent by 2020.

Naturally, the daily commute by federal employees seemed like a good place to start in order to really track emissions in a quantifiable way. According to the Sustainability Office at NASA, no one had done a pilot with actual numbers rather than estimates before. This is why they started the pilot project of allowing a set number of employees to drive to and from work in electric vehicles, measuring the results over time.

In NASA’s pilot program, 10 employees at the Kennedy Center are driving electric vehicles on their daily commute. They are allowed to plug their vehicles into the center’s charging stations, receiving free electricity to use on the commute. Participants must log how many miles they drive each day, as well as the road conditions. The program takes note of the fact that electric cars aren’t producing a 100 percent reduction in emissions. Even for fully electric cars that produce no emissions, greenhouse gases are still produced by the electric power plant. This is all taken into consideration when calculating total emissions.

Already, the calculations support the fact that electric vehicles can drastically reduce emissions for daily commuters. With just 10 drivers participating, the program has already saved over 15,000 pounds of carbon dioxide. NASA experts anticipate that over 60,000 pounds will be saved over the course of the first year.

Do you track green car news daily through sources like the Carsales twitter account or sites like this one? This bodes well for the future of electric cars for commuters who are wondering whether or not they can make a difference. NASA is discussing improving its infrastructure with a larger network of outlets to encourage more of its 8000 employees to go electric. This pilot project is promising in that it shows you don’t have to spend millions of dollars to drastically reduce your carbon emissions as a business. Perhaps more government agencies in the USA and beyond will follow suit when the results of the full project are released.