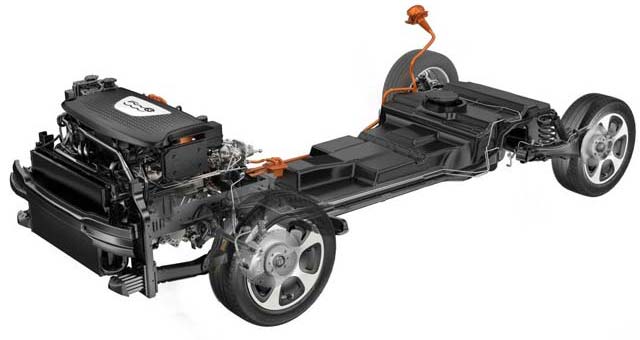 Each stands out on the prestigious list. The Fiat 500e’s lively system is the lone representative of electric vehicle (EV) technology, while the refined EcoDiesel V-6 is the first and only clean diesel in a full-size light-duty pickup.

Chrysler Group engineers adapted the EcoDiesel for the NAFTA market following the engine’s debut in Europe.

Meanwhile, the all-electric system that powers the Fiat 500e A-segment hatchback was engineered from the ground up at Chrysler Group’s headquarters, home to global electrified propulsion development for Chrysler Group and its Italy-based alliance partner, Fiat S.p.A.

Typically, the 500e will deliver more than 100 miles of range in city driving. Such performance is enabled, in part, by a distinctive “blended” braking strategy that combines the coasting experience associated with conventionally powered vehicles, with the power-saving benefits of regenerative braking.

Customers will spend an estimated $500 a year to power the car, according to the Environmental Protection Agency. But frugality is only part of the 500e’s story, as WardsAuto editors discovered.

The position of its 24-kWh battery redistributes the car’s front-to-rear weight ratio – 57:43, compared with 64:36 for the conventionally powered Fiat 500. As a result, the car benefits from improved handling.

Chrysler Group’s EV engineers focused their efforts on making the advanced technology seem familiar. Accordingly, the Fiat 500e – recently named Best Electric Car by Road and Track Magazine – has a “creep” feature that delivers smooth, measured acceleration when the brake pedal is released, as happens with a conventional internal-combustion engine at idle.

In addition, there is no “ECO button,” as found in competitive vehicles. Instead, the drive and braking systems are optimized to deliver exceptional range and performance at all times.