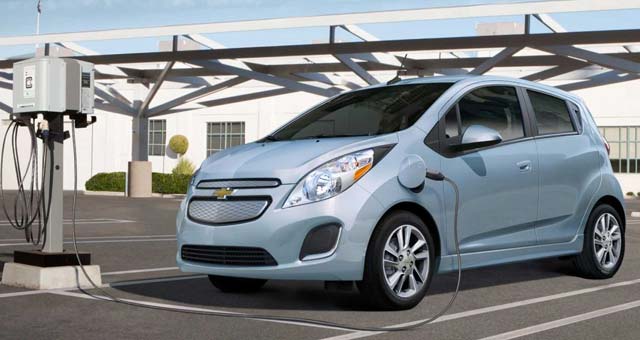 General Motors is working on a electric car that can travel 200 miles on one charge at a cost of about $30,000, providing a challenge to Tesla Motors.

Doug Parks, GM’s vice president of global product programs, revealed the effort at GM’s battery laboratory and test facility in Warren, Mich., but didn’t say when the electric car would be available.

General Motors is expanding its Global Battery Systems Lab in Michigan as it tries to bring down the cost of electric and plug-in hybrid vehicles and make them more attractive for a much bigger share of new car buyers.

Tesla Motors is the lone auto maker to offer long-range electric cars with its Model S.

Currently Chevrolet Volt, which sells the $35,000 before a federal tax credit, can go 38 miles on electricity before a gas-powered generator kicks in. GM also offers the all-electric Chevrolet Spark subcompact that can go 82 miles on a charge. The Spark EV starts at $26,685 and it’s also eligible for a $7,500 federal tax credit.

The 200-mile electric car would cost about the same as the current Volt, and it would match the range and be far cheaper than Tesla’s $71,000, all-electric Model S.

GM is aiming to build up to 500,000 vehicles a year by 2017 with some form of electrification. The vehicles would include the Chevrolet Volt, the Chevrolet Spark EV, the Cadillac ELR and those with its eAssist hybrid system that boosts fuel efficiency in gas-powered cars.