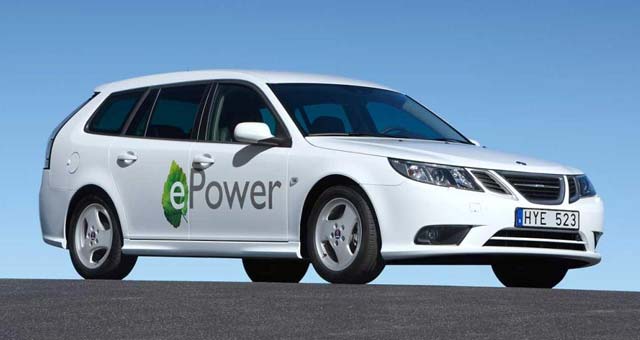 Two test cars that look identical to the 2011 SAAB 9-3 sedan have rolled off the line here ahead of a production launch later this year.

“I am pleased that today we have assembled our first car to verify all the production processes here in Trollhättan. Prior to our decision to start production of Saab cars, we need to finalize a few remaining dialogues to build partnerships with suppliers. We now know that the plant is ready for production”, said Mattias Bergman, acting President for NEVS.

Video courtesy of SaabsUnited.com, the only media invited to witness the event.

The SAAB 9-3 test car does differ with the car missing the company’s griffin head logo as it still belongs to Scania, the Swedish truck manufacturer. As well, a new front end is planned for the SAAB 9-3, but that is still under wraps awaiting final production.

This latest SAAB 9-3 will be powered by a gasoline turbocharged engine. NEVS says the 9-3 will be sold in Europe and China initially. U.S. sales could follow at a later date.

The electric SAAB will make its first appearance sometime next year, but it won’t officially launch until 2015.  The initial EV model will be based on Saab 9-3 technologies, enhanced and modified for electric drive.

Reports suggest that SAAB won’t be built in Sweden, as NEVS originally stated. Instead,
NEVS has signed a deal with a Chinese investment company to both electric and conventionally-powered cars in the city of Qingdao, as part of a deal with the city government, which now owns 22 percent of the company.