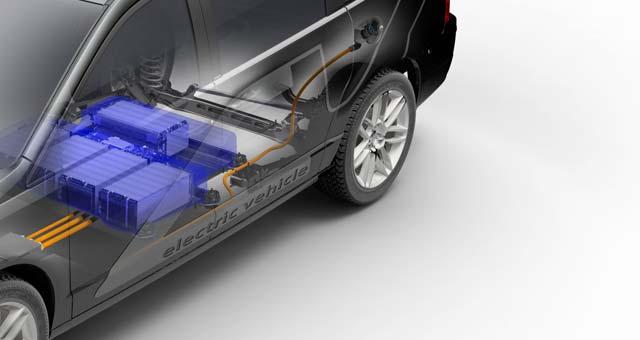 Detroit-based NextEnergy is a non-profit energy-technology and business accelerator.

If the EVs prove to be viable storehouses of electricity, they could provide energy savings by sending surplus power to the grid.

The battery-powered minivans are connected to a charging module that, thanks to unique NextEnergy technology, can simulate any electrical grid in the world.

Among the scenarios under study is reduced reliance on “spinning reserves” – the expensive practice of having huge generators at the ready to balance spikes in energy demand.

If EVs were linked together in sufficient numbers and their combined surplus power was sold to utility companies, they could conceivably offset demand surges. The expectation is that tapping such a reservoir would cut costs for utility companies, while also putting money into the pockets of EV owners.

Similarly, a mini-grid composed of EVs would enable “peak-shaving,” which would see EV owners draw from their own power reserves during those hours when demand for electricity – along with its price – is highest.

The V2G project also considers the impact of cloudy days on solar-panel function. EVs could provide a ray of sunshine in the form of supplemental power, a process known as “generation-firming.”

The two-year Chrysler-NextEnergy partnership launched in 2011 and has been gathering data from four Chrysler Town & Country minivans equipped with all-electric powertrains. Each is powered by a 24kwH battery modified to accommodate bidirectional charging.

In addition to studying vehicle design elements such as battery size, engineers are investigating how EVs with reverse power-flow might affect grids known as Independent System Operators (ISO).

The project is funded with $1 million from the Michigan Economic Development Corporation (MEDC) and $400,000 from NextEnergy. Chrysler Group is supplying the vehicles and in-kind engineering support.

The project complements Chrysler Group’s concerted efforts to develop clean-running, capable powertrains for today’s motorists, such as the battery-electric system that powers the 2013 Fiat 500e. Since 2009, the company has invested nearly $2.2 billion in projects that benefit the production of advanced engines and transmissions – more than 58 percent of its total investment in manufacturing.