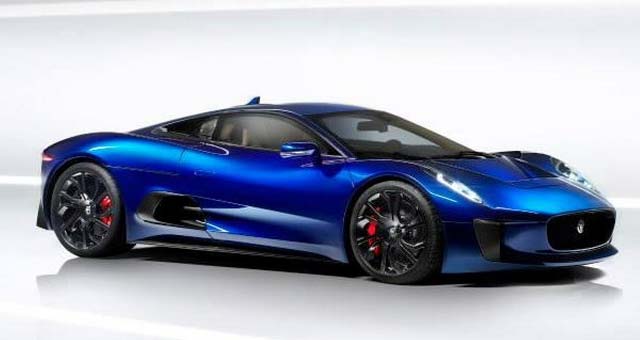 Back in May-2011, Jaguar announced its plans to launch the remarkable C-X75, but due to the global economic crisis the project was gunned down.

But now that the McLaren P1, Porsche 918 and the LaFerrari are coming out boasting hybrid-electric power, Jaguar might be rethinking its strategy.

The Jaguar C-X75 is powered by a small 1.6 liter gasoline engine which is boosted with two giant turbochargers up to 500 horsepower, paired with a two electric motors which generate the equivalent of 350 horsepower. The total output is 850hp / 738 kb-ft of torque, which is on the par with the Porsche 918, McLaren P1 and the LaFerrari.

The wonderful figures allow it to sprint from 0t to 100 mph in in less than three seconds before hitting a top speed of 220 mph (350 km/h). The Jaguar C-X75 even get a pure electric range of 40 miles.