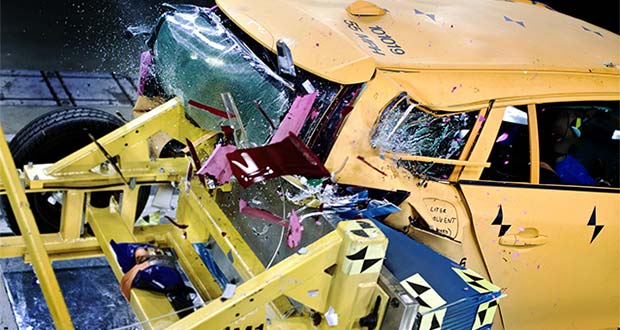 The new Volvo V60 Plug-in Hybrid has achieved the highest- ever score for an electrified car in Euro NCAP.

The five stars in the recent test, which included a frontal offset collision at 64 km/h (40 mph), demonstrates that the V60 Plug-in Hybrid has the same high safety level as the standard V60.

The integration of the battery pack and the added weight the batteries create required a unique safety approach during the development of the V60 Plug-in Hybrid. The structure has been modified and reinforced to enable a controlled deformation to help provide a high safety level. The battery pack in the V60 Plug-in Hybrid is well encapsulated and located under the load floor.

The Volvo V60 Plug-in Hybrid has been exposed to an extensive test program during the development phase. This includes full-scale crash tests with different load cases, such as frontal collision, rear and side collisions to verify that also the battery technology fulfils our stringent safety requirements. The V60 Plug-in Hybrid also offers all unique Volvo active safety functions, such as City Safety, Collision Warning with full Auto Brake and Pedestrian Detection.