Report: Ford, Toyota Will Lead PEV Sales in the U.S. Through 2020 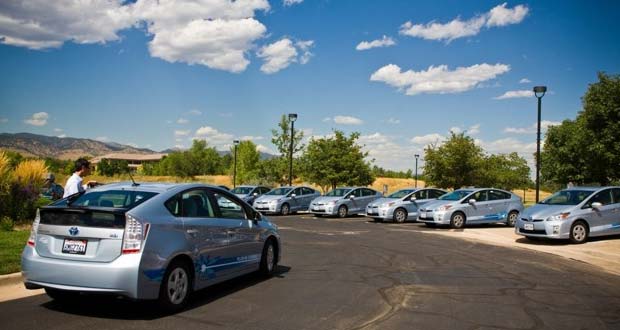 Assembly lines in Japan and the United States produced more than 20,000 plug-in electric vehicles (PEVs) in 2011, an all-time record for such vehicles.

But optimism about the market for PEVs has gradually been replaced with a better understanding of the practical challenges of launching new models and expanding PEV sales to mainstream consumers unfamiliar with the technology.

Nevertheless, according to a recent report from Pike Research, sales of PEVs in the United States will climb steadily over the remainder of this decade.

Automakers Ford and Toyota will lead the PEV market in terms of total vehicles sold in the U.S. from 2012 to 2020, the study concludes.

“Despite the early introduction of the Leaf, from Nissan, and the significant marketing push behind it, we expect Nissan to trail Toyota, Ford, and General Motors by a significant margin through the end of the decade,” says research director John Gartner. “Although Ford has been relatively slower than some competitors to enter the passenger PEV market, its future plans are ambitious, and it will be the only automaker to surpass 400,000 PEVs sold in the United States through 2020.”

PEV sales in the United States will reach nearly 48,000 units in 2012, making the United States the country with the highest number of PEV sales. The country will maintain this leading position at least through 2020 – and beyond, according to the report. Worldwide sales of PEVs are expected to surpass 1 million units in 2017, after 7 years in the market – about half the time it took hybrid electric vehicles to reach that level.

Nov 1, 2012Blagojce Krivevski
Charging Stations for EVs will be $1.2b Market in 2020Renault ZOE Now Available to Order in the UK