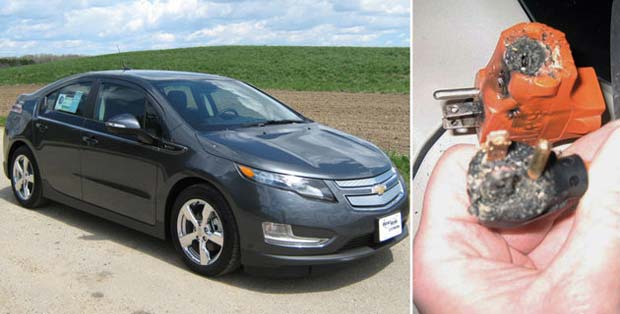 General Motors has announced it is replacing the current 120-volt charge cords found on the majority of Chevrolet Volt electric cars sold since 2010.

A Yahoo report suggests owners have been complaining for a while now about melting power plugs, and that too repeatedly.

He did not know the total number affected, but said it was fewer than the more than 11,000 Volts sold so far. He also made a point to note that this was not a safety recall.

The company decided to replace the cords because it has developed a new cord that is more reliable, durable and provides a more consistent charge for the company’s extended-range electric car. Fox said Volt owners can make the exchange when they bring their car into the dealership for a battery upgrade.

This update comes on the heels of the battery enhancement program announced earlier this year. In that case, GM decided to strengthen the structural elements that protect the battery in a side collision, as well as add a new sensor to the coolant system reservoir and install a tamper-resistant bracket to prevent overfilling.