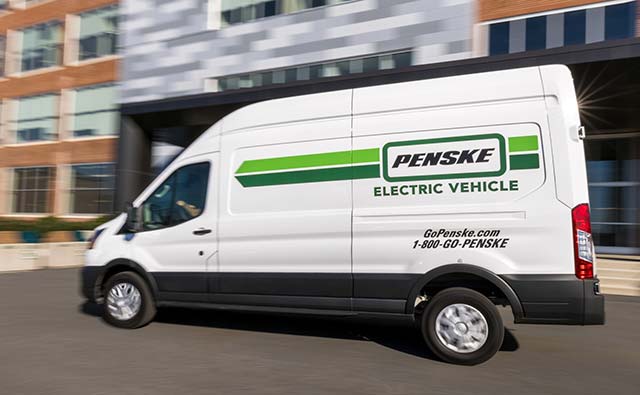 Demand for the electrified version of America’s best-selling van, 2022 E-Transit has been strong with more than 300 customers placing orders for more than ordering 10,000 vans.

Businesses of all sizes ordered Ford’s E-Transit, from one-man van operations to municipalities including the City of Orlando to some of the nation’s largest service providers and retailers like Walmart, which ordered more than 1,100 vans.

“For commercial customers, a van is a tool to get a job done, and one size does not fit all needs,” says Andrew Walker, Ford Pro commercial van brand manager. “That’s why we designed the original gas Transit with a best-in-class range of configurations backed by a network of nearly 300 upfitters to further customize it for specific applications. E-Transit adds another eight configurations to that lineup, enabling us to help customers of all sizes across industries transition into an electric future supported by Ford Pro.”

Customers have ordered all eight of E-Transit’s available configurations, including three roof heights and three lengths, plus the only all-electric van chassis cab and cutaway models. The high-roof, extended wheelbase configuration, affectionately referred to as the “jumbo” model, is the most popular. Representing 33 percent of the orders – including all 1,100 ordered by Walmart – this E-Transit has the most interior capacity and allows someone as tall as 6 feet 9 inches to stand upright, making it easier to move around and use equipment.

Making up 19 percent of the orders, the low-roof E-Transit is especially popular with customers in the telecommunications industry where workers take their vans home at night, because it can fit in many residential garages.

E-Transit is one of two all-electric work vehicles available from Ford Pro this year. F-150 Lightning Pro arrives this spring.