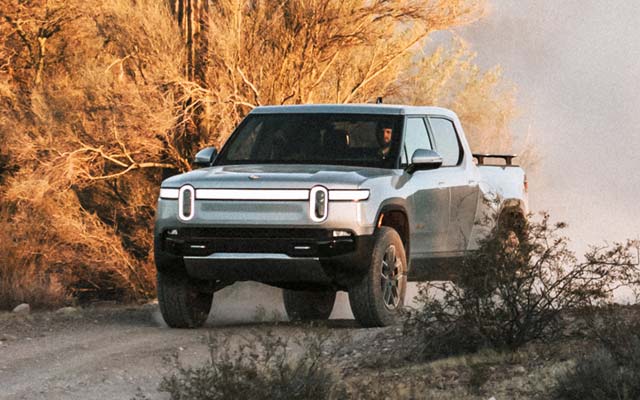 The electric vehicle startup Rivian, which has raised more than $10.5 billion from investors that include Amazon and Ford, announced today that it has filed a confidential draft registration form for an IPO.

Rivian said in a statement Friday that it submitted a draft registration statement on Form S-1 to the Securities and Exchange Commission (the “SEC”) relating to the proposed public offering of its common stock. The size and price range for the proposed offering have yet to be determined.

The Irvine, California-based startup provided few details about its confidential filing with the SEC.

The news comes less than two months since Rivian announced it had closed a massive $2.65 billion investment round led by Amazon’s Climate Pledge Fund, D1 Capital Partners, Ford Motor and funds and accounts advised by T. Rowe Price Associates Inc. Third Point, Fidelity Management and Research Company, Dragoneer Investment Group and Coatue also participated in that round. The investment announcement is Rivian’s first in 2021 and the company has now raised over $10 billion since the start of 2019.

– In July, Rivian announced a $2.5 billion funding round led by funds and accounts advised by T. Rowe Price Associates, Inc.

– In February, Rivian announced a $700 million funding round led by Amazon.
– In April, Rivian announced that Ford Motor Company invested $500 million and that the companies would collaborate on a future program.
– In September, Cox Automotive announced its $350 million investment in Rivian, complemented by plans to collaborate on logistics and service.
– In late September, Rivian announced it was developing a custom electric delivery van for Amazon utilizing Rivian’s skateboard platform and that 100,000 of these vans had been ordered with customer deliveries starting in 2021.
– In December, Rivian closed an investment round of $1.3 billion. The financing was led by funds and accounts advised by T. Rowe Price Associates, Inc. with additional participation from Amazon, Ford Motor Company and funds managed by BlackRock.

The initial public offering is expected to take place after the SEC completes its review process, subject to market and other conditions.