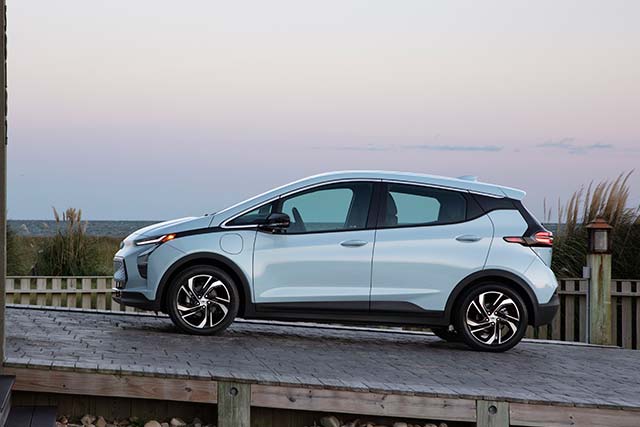 General Motors is asking owners of 2017-2019 Chevrolet Bolt EV vehicles that were part of a recent recall not to park their vehicles inside and to avoid leaving them while they charge overnight after two of the vehicles caught fire.

The two Bolt EVs were repaired as part of a recall of nearly 69,000 of the vehicles that were flagged for fire risks.

The affected vehicles were originally recalled in November 2020 over concerns that some of them may contain high-voltage batteries “that may pose a risk of fire when charged to full, or very close to full, capacity.”

General Motors has been notified of two recent Chevrolet Bolt EV fire incidents in vehicles that were remedied as part of the safety recall announced in November 2020.

Out of an abundance of caution, we are asking owners of 2017-2019 Chevrolet Bolt EVs who were part of the recall population to park their vehicles outdoors immediately after charging and not leave their vehicles charging overnight while we investigate these incidents.

Customers who have not had the remedy completed should still visit their dealer for the recall remedy while our investigation continues.  At GM, safety is our highest priority, and we are moving as quickly as we can to investigate this issue.  Customers should visit https://my.chevrolet.com/recalls or contact the Chevrolet EV Concierge 1-833-EVCHEVY or their preferred Chevrolet EV dealer.