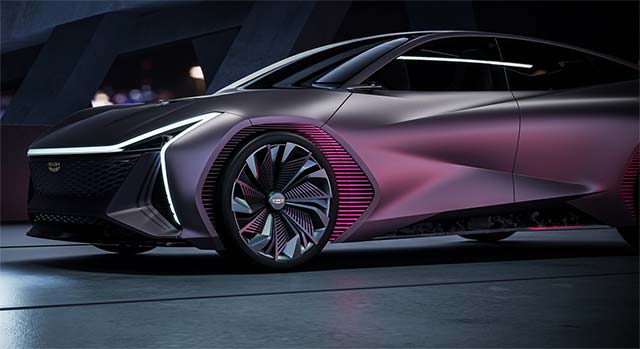 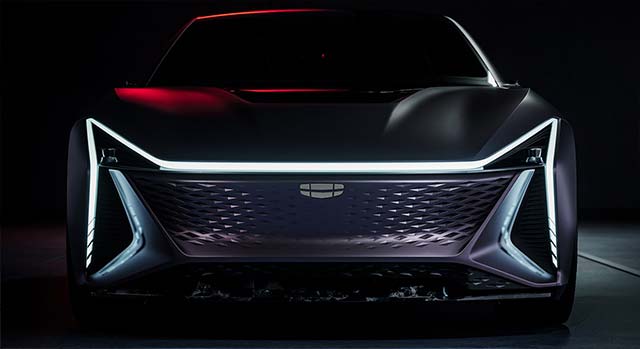 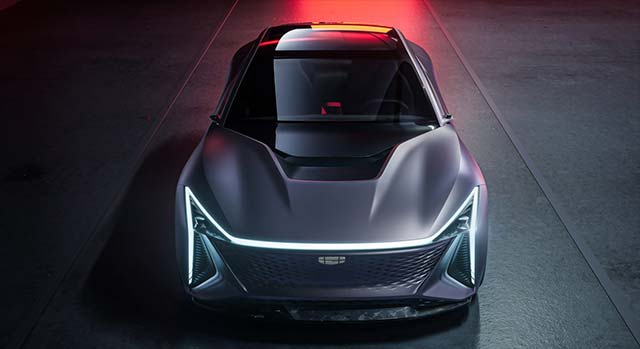 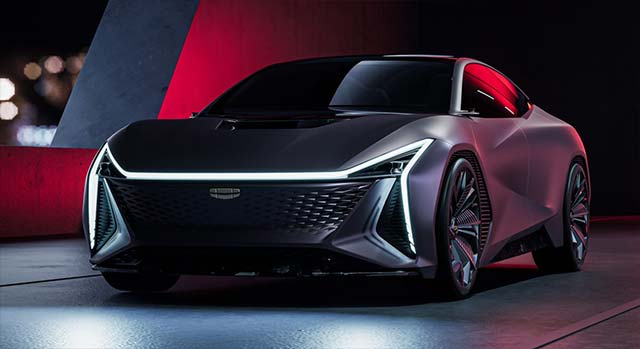 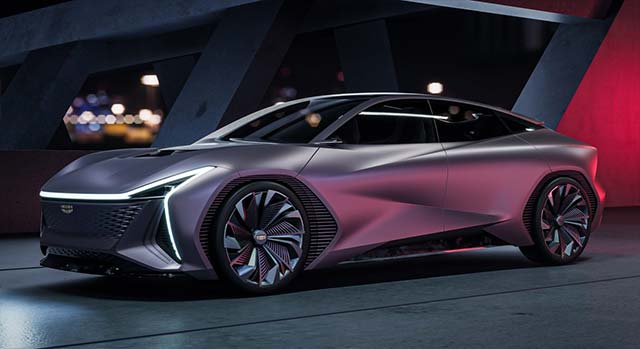 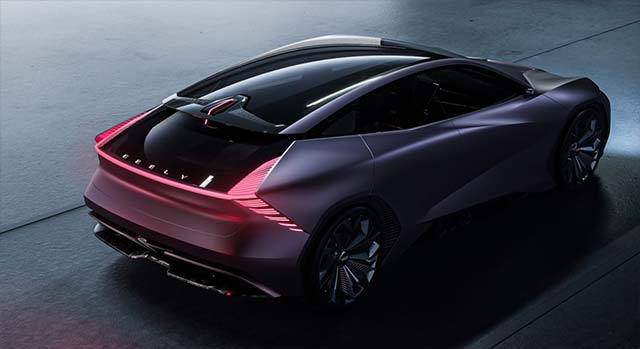 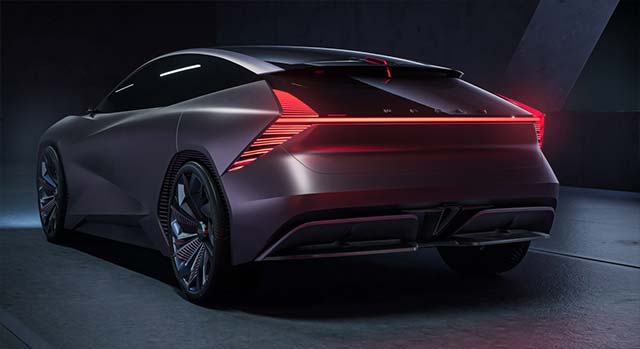 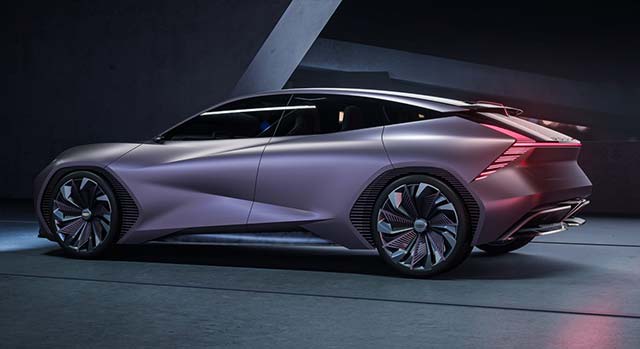 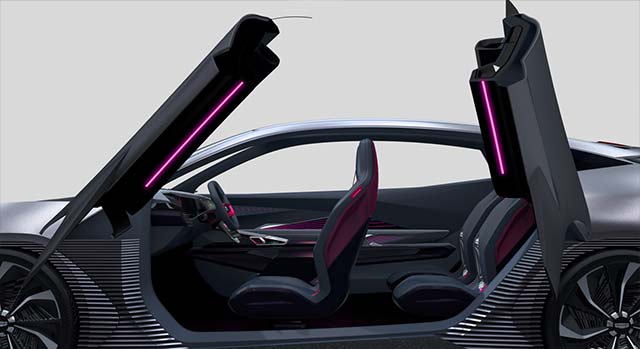 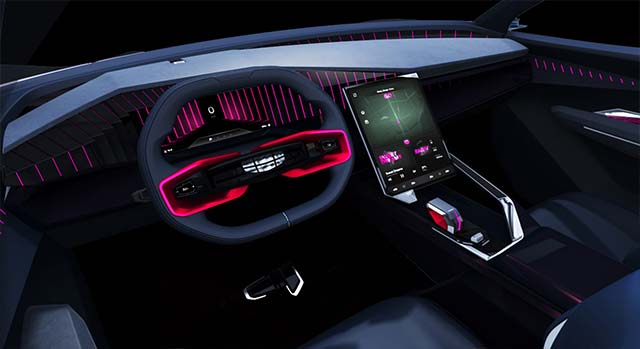 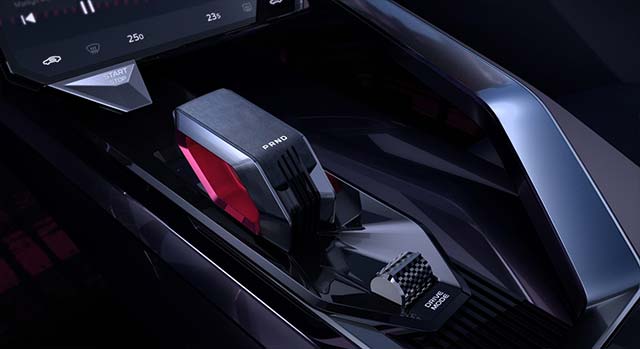 Vision Starburst examines a new and alternative expression of the “Expanding Cosmos” design philosophy which Geely Auto is using as a design board for future models.

Vice President of Geely Design Shanghai, Guy Burgoyne, said at the unveiling event, “The Expanding Cosmos philosophy serves as a constant inspiration for our designers to discover a new and holistic design language that satisfies our ever-expanding and increasingly-diverse range of customers. In search for this DNA in the new digital age, we we have pushed the boundaries of technology and innovation. Like the birth of a new star, the ideas from our talented team of global designers combined, fused, and erupted, resulting in the birth of a new design expression, a new vision, our Vision Starburst.”

The inspiration for Vision Starburst comes from the stellar phenomena where brilliant nebulas and magnificent elements come together, merging, fusing and finally bursting into new stars. Every new design concept is the result of the combination, fusion, and eruption of different ideas which become new star products that enrich the market.

In Vision Starburst, Geely Shanghai designers cooperated throughout the design process to create unity between exterior and interior, colour and materials, as well as car and user. In the conceptual design form, bursting energy and constant outward tension result in a twisted profile with curved surfaces that appear to rotate and stretch. In its details, the design takes inspiration from stellar rays and waves in the folding and crossing of lines and surfaces.

The most visually striking aspect of Vision Starburst starts at the sight of the front grille and air intake vents. The front grille has dramatically changed from previous Geely Auto designs; Vision Starburst’s sharp and unique new parabolic pattern, in combination with the new lighting design, creates an effect which echoes the theme of energy releasing from a Starburst. The concept that headlamps are the eyes of a vehicle has also been overturned as Geely designers imagine future vehicles seen through high-tech sensors. The whole vehicle visually extends from the center towards the sides, up and down, giving the front face of the vehicle a more powerful and three-dimensional aura.

The Vision Starburst’s waistline, door panels intertwine and integrate, sharp lines make for bold shapes while hiding a hint of the concept’s grand vision of infinity.

Turning inside, the interior door panels are also designed to match the characteristics of the exterior. “Cosmic Ray” light strips help to unify interior and exterior design. On top of the floating centre console, the shifter takes on an aerodynamic geometric shape that’s hollow. Four lines of light illuminate to display different gear settings.

Instruments in Vision Starburst meld with the ambient light on the dash and door panels to create a borderless visual experience, a seemingly boundless intelligent space with the user at its centre. Borderless instruments and seamless information transmission also redefines the way users interact with vehicles. Designers of Vision Starburst imagine the whole vehicle being capable of conveying vehicle and road information, increasing safety and bringing to life a whole new sensory experience for users.

The concepts of showcasing advanced technology and mobility have been applied to the illuminated wheel arches. Different lighting effects will highlight Vision Starburst while in different states, for example while charging, in motion, parking, etc. Holistic HMI inside and out is one of the major design focuses of the Vision Starburst concept. Like the exterior, the interior ambient lighting, sound, and atmosphere also change depending on the state of the vehicle, conveying information to the users in a whole new manner. The lighting interaction from the outside in, gives users a sense of speed and a new driving experience.

Geely Design’s commitment to pushing the boundary of design never ceases. Vision Starburst is a new direction for Geely’s “Expanding Cosmos”, an alternative train of thought that challenges many traditional notions of human-vehicle behavior. Although the Vision Starburst concept itself will not be made into a production vehicle, many aspects of the new design language will be taken and applied to future Geely Auto models.