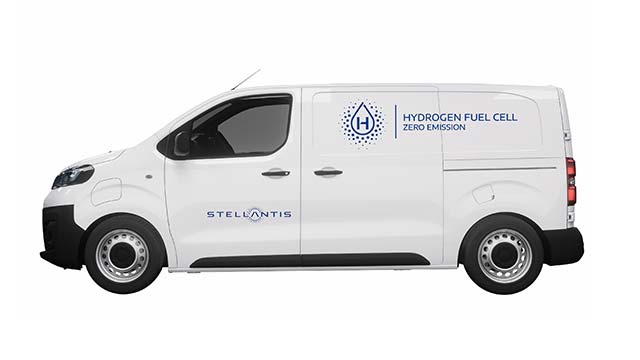 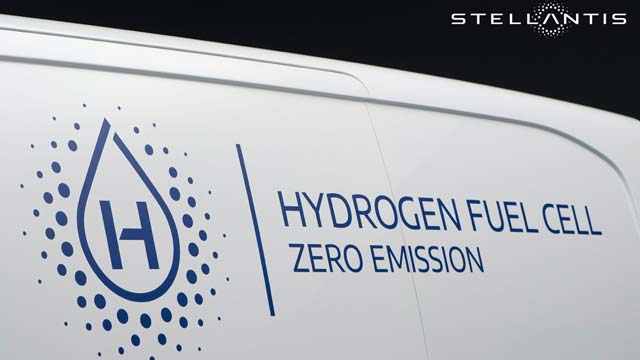 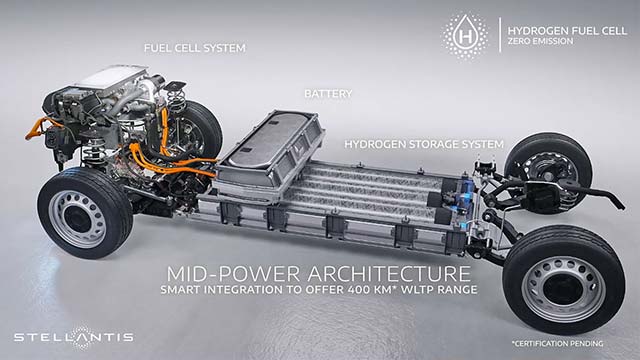 Stellantis announced on Wednesday it will start selling a hydrogen fuel cell/electric plug-in hybrid light commercial vehicle by the end of 2021.

Stellantis, the automotive supergroup formed after the merger of PSA and Fiat Chrysler, said the hydrogen fuel cell vans will be launched under the Peugeot, Citroen and Opel/ Vauxhall brands.

Based on the same architecture as the battery-electric Citroen e-Dispatch, Peugeot e-Expert and Opel Vivaro-e, the new mid-size van features a 60hp fuel cell stack under the bonnet, which is connected to three hydrogen tanks that can store 4.4kg of liquid hydrogen under the cargo area at a pressure of 700bar, with an additional 10.5kWh battery housed under the seats.

This provides power for the 121hp electric motor which drives the front wheels and offers up to 50 km (31 miles) of range on its own. Stellantis promises that the combined fuel cell system will be easily capable of more than 400 km (250 miles) of zero-emissions driving.

The van is designed to mix power sources. The battery covers power requirements from a standstill, at low speeds and under acceleration, while the fuel cell takes over at cruising speeds when less energy is needed. As with all plug-ins, the battery system enables regenerative braking.

One of the disadvantages of electric vehicles is that current models take much longer than fossil-fuel models to refuel. Stellantis’ fuel-cell van instead, can be filled with hydrogen in just 3 short minutes.

The hydrogen fuel cell model will be assembled in Russelsheim, Germany, using technology developed by Symbio, a joint venture of Michelin and Faurecia.

Apr 2, 2021Blagojce Krivevski
XPeng delivers record 13,340 EVs in Q1 of 2021, up 487% year-over-yearEVs Have the Lowest Estimated Annual Fuel Cost of All Light-Duty Vehicles