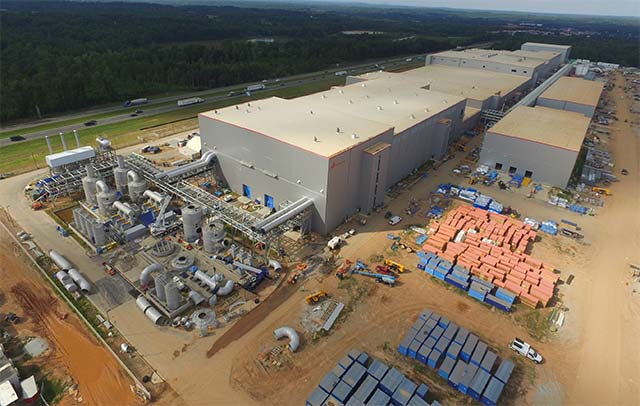 As a result, all litigation between the companies, which began in April 2019, is resolved.

Under the agreement, SK Innovation will pay LG Energy Solution 2 trillion won (USD $1.8 billion) apportioned into lump-sum payments and a running royalty. The companies agreed to withdraw all pending legal disputes in United States and Korea, and agreed to a ten-year non-assertion.

SK Innovation can now complete construction of its $2.6 billion investment in new manufacturing facilities in Georgia, which will create more than 2,600 permanent jobs by 2024. The first SK Battery America plant is scheduled to begin initial operations in 2021 with mass production in 2022. A second plant at the same site is expected to begin mass production in 2023. The plants produce battery packs for more than 300,000 electric vehicles annually, mostly for Ford and Volkswagen.

“This settlement agreement is a win for American workers and the American auto industry,” Biden said in a statement on Sunday. He said the United States needs “a strong, diversified and resilient U.S-based electric vehicle battery supply chain, so we can supply the growing global demand for these vehicles and components.”

“LG Energy Solution and SK Innovation have decided to settle to compete in an amicable way, all for the future of the U.S. and South Korean electric vehicle battery industries,” said Jong Hyun Kim, CEO and President of LG Energy Solution and Jun Kim, CEO and President of SK Innovation. “We are dedicated to work together to support the Biden Administration’s climate agenda and to develop a robust U.S. supply chain.”

The two CEOs added, “We are grateful to the Korean and U.S. governments and stakeholders involved for their efforts in making this settlement possible.”