‘Born’ confirmed as the name for CUPRA’s first all-electric model, due in 2021 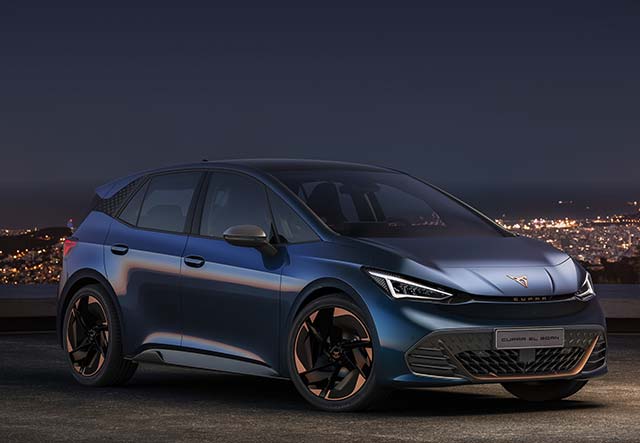 CUPRA is charging into a new era of transformation that combines electrification and performance, starting with plug-in hybrid variants of existing models and continues with its first ever all-electric model, the CUPRA Born.

Electrification will be the key to CUPRA’s growth in 2021. During the press conference it was confirmed that the production model of CUPRA’s first all-electric model would be CUPRA Born. The name comes from the fashionable Barcelona district that inspired its creation and is set to continue the company’s transformation.

“The CUPRA Born will be a game-changer in the electric market with its stimulating design and instantaneous performance. This vehicle will contribute to reducing global CO2 emissions and meeting European targets. With this car we intend to contribute to the electrification of Spain and the world through its emotional sportiness, and we want the next generation of young challengers to be part of this transformation. That’s why this vehicle will also be offered under subscription contracts, with a monthly fee that will include the use of the vehicle and other related services,” CUPRA said today.

To respond to the demands of the new generation of drivers and to ensure a more efficient and sustainable sales model for the brand, CUPRA will introduce a new distribution strategy, reinforcing the retailer network’s online presence.

Additionally, the brand will increase its high street visibility by opening a City Garage Store in Munich (second half of 2021), alongside those already in Mexico City, Hamburg and Barcelona.

With its 310 miles (500km) of range and contemporary design, the CUPRA Born will go into production at the Zwickau plant in Germany starting in the second half of the year.