Which Comes First? The Charging Station or the EV? 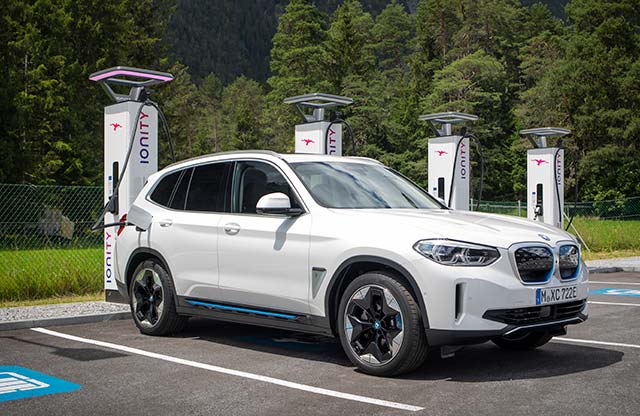 By Doron Frenkel, Founder and CEO of Driivz

As government policies have been encouraging consumer and business EV purchases, e-mobility providers are leveraging the opportunity by expanding their EV charging business.

To date, 17 countries have announced 100% zero-emission vehicle targets or the phase-out of internal combustion engine vehicles through 2050. France, in December 2019, was the first country to put this intention into law, with a 2040 timeframe.

Among the top EV powered countries, incentives, policies, and regulations are being used to urge consumers, manufacturers, and other key players to increasingly go “electric.”

China’s air quality is among the worst in the world, so they have been the driving force in electric vehicle production and EV charging infrastructure development. To encourage EV adoption, China is taking a multipronged approach, addressing both manufacturers and consumers. Each manufacturer and importer is required to make or import at least 12 percent electric vehicles, and they receive subsidies based on the vehicle range. Also, any new factory must be built to support the construction of EVs. On the consumer side, EVs are exempt from consumption and sales taxes, and 50 percent of the vehicle registration fees are waived. Policies support charging infrastructure development, with targets of 120,000 EV charging stations and 4.8 million charging posts by the end of 2020. Furthermore, the government has instructed its own agencies to purchase electric vehicles.

The Netherlands has long focused on clean transportation – the Dutch own 22.5 million bicycles – 1.3 bicycles per capita, so both the national and regional governments have been encouraging EV ownership. By 2030, all new passenger vehicles must be zero emission. Amsterdam, Utrecht, Rotterdam, and The Hague are providing purchase subsidies for electric passenger vehicles, trucks, and taxis. Moreover, demolition grants are on offer for old vehicles with internal combustion engines (ICE). More than 13 Dutch cities have introduced environmental zones, with ICE vehicles required to pay additional tariffs when driving within certain areas, similar to what is being done in London.

Excluding California, the United States has less than 19,000 public charging points across its enormous expanse. Many of those charge points are thanks to companies like EVgo and their cooperative efforts with Nissan and GM. About 10 U.S. states are offering rebates and tax credits for installing charging stations.

The size of a small country and the world’s fifth largest economy (after Germany and ahead of India), California, via its Air Resources Board, has been the driving force behind the American transition to EVs. Manufacturers must produce a certain number of zero-emission and plug-in hybrids each year based on the number of cars sold in California. The California legislature recently passed a bill allowing multi-dwelling unit tenants to install charge points. Furthermore, under its Clean Vehicle Rebate Program (CVRP), up to $7,000 is available toward the purchase of an EV.

Even before its COVID-19 stimulus plan requirement that every traditional gas in Germany install an EV charge point, the 2030 Climate Action Programme passed in October 2019 is targeting one million charging stations on German roads by 2030 to serve 10 million EVs on the road. Furthermore, subsidies, tax breaks, and other benefits are available for consumers.

France’s EV incentive plans are targeting the supply chain, with the goal of being Europe’s top producer of clean vehicles, with an overall EV investment of €8 billion. The investment includes subsidies for consumer and business EV purchases between €2,000 to €7,000.

The United Kingdom is taking a two-pronged approach, using incentives to encourage both development of charging points and purchases of EVs. They’ve earmarked £400 million to develop rapid charging infrastructure points for electric vehicles, with the first £70 million targeted to create 3,000 new rapid charge points. Local authorities can apply for a piece of £20 million in subsidies to establish charging points. EV purchase incentives for consumers and fleets start at £2,500 and go up, based on the type of vehicle – passenger, truck, taxi, etc. To encourage the purchases, the government has even adopted an educational public service campaign.

The more governments encourage EV adoption with targeted regulations, policies, incentives, and tax breaks, the more potential gains for e-mobility service providers; they can take the leadership role to ensure available and stable EV charging networks are in place so EV drivers can charge wherever and whenever they need to. While the above-mentioned countries are the “early adopters” of e-mobility policies, others aren’t that far behind. Australia, for example, which has fewer than 2,000 public charging stations, is already planning a fast-charging network along its national highway systems – and e-mobility service providers will be there to make sure it happens.