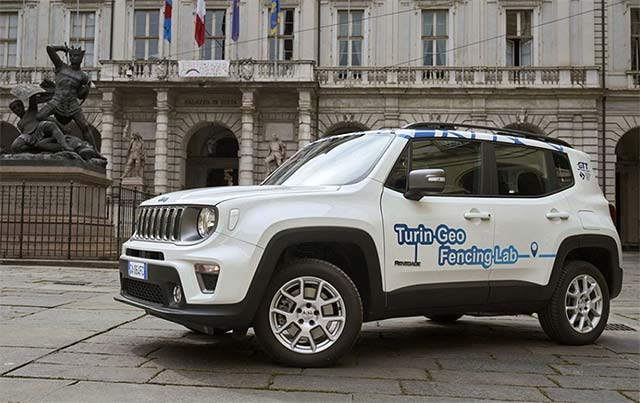 The City of Turin’s Department of Transport, Infrastructure and Mobility signed a cooperation agreement with Fiat Chrysler Automobiles to pilot – in city traffic – the integration of electrified mobility with the restricted traffic zone (Zona a Traffico Limitato –ZTL) management infrastructure.

The partners in the initiative are 5T (an in-house company of the City of Turin, which manages the access platform and gates to the ZTL integrated in the Mobility Central of the capital of the Italian region of Piedmont), the Centro Ricerche Fiat – the developer of powertrains, vehicle systems, materials, methodologies and innovative processes aimed at improving the competitiveness of FCA’s products – and GTT, the Turin public transport agency.

The “Turin Geofencing Lab”, as the project is known, was created to grasp the opportunities offered by the fast-increasing transformation of cities into “smart” areas – which connect and talk to means of transport – and, most of all, into “green” areas, i.e. those whose environmental impact is reducing at a rapid pace. In this context, an important role is played by electric vehicles and (especially in the current phase 1 of deployment) by plug-in hybrid vehicles, proposed as key elements in the transition to a new urban mobility.

The cooperation between the FCA e-Mobility team and the Centro Ricerche Fiat has resulted in the development of a prototype system with fully integrated on-board sensors able to preemptively recognize ZTLs. The sensors then automatically turn off the combustion engine and activate electric mode. This device will undergo a pilot scheme – a world first – looking into the logics of implementing geofencing and, specifically, the methods of communication with the Municipality of Turin and 5T platforms that manage the ZTL.

As such, the “Turin Geofencing Lab” integrates electric mobility with the management of the city’s traffic, enabling plug-in hybrid cars – such as the Jeep Renegade 4xe, in which an experimental prototype of the device has been installed – to travel in city center restricted traffic zones in electric mode. The project objective is what makes it a world exclusive: its interaction with city traffic management platforms, to identify a car’s entry into a ZTL immediately and switch the vehicle to electric drive mode.

The way the “Turin Geofencing Lab” works is very simple. The on-board infotelematic system displays a message on the car’s screen to alert the driver that they are about to enter a restricted traffic zone. The system checks that “Electric Drive Mode” is ready and activates it automatically, so the car then runs with zero emissions. If the driver decides to change Drive Mode while in the ZTL – switching to “Hybrid” mode, for example – the system triggers an immediate alert of the issue and recommends changing back to electric mode. If the recommendation is ignored, and the car travels through the ZTL in non-electric mode, the City of Turin’s digital platform, managed by 5T, is notified by means of the communication strategy identified by the partners in the project. When you leave the restricted traffic zone, the system will automatically change the vehicle mode back to the settings from before you entered the restricted area.

Communications between the Jeep Renegade 4xe (which can alternate between running on electric and on gas) and the Municipality traffic infrastructure ITS (Intelligent Transport Systems) take place via the Geofencing system, which enables a hybrid car to travel through areas reserved for electric vehicles only, to benefit from the same advantages.

It is essential to support the commitment of local institutions to work in the interest of the environment. As part of making travel more sustainable, it is important to consider citizens’ renewed relationship with their cars, which – whether electric or hybrid – can contribute to improving air quality in city centers.

After the first pilot phase – whereby a Jeep Renegade 4xe fitted with a prototype Geofencing device traveled a few hundred kilometers, the signing of the agreement will mean that testing can begin with two Renegade 4xe models, to be delivered to the Municipality of Turin in the next few weeks. The city will therefore be the first in the world able to communicate with cars being driven through its streets in electric mode.

In the common interest of both parties, active cooperation with 5T will also make it possible to verify the effectiveness of the technology, to innovate in automatic ZTL access detection systems and to advance their development even further.

Once this type of technology has been proven reliable in plug-in hybrid vehicles such as the Jeep Renegade 4xe, it will be possible to implement policies permitting these cars to enter restricted traffic zones, by giving them the same status as electric cars.

At the press conference to launch the “Turin Geofencing Lab”, Mayor of Turin Chiara Appendino stated: “By signing this Memorandum of Understanding, the City of Turin is continuing its commitment to being an urban laboratory to test and develop innovative technologies, the use of which could contribute to protection of the environment and support for the development of sustainable mobility, thus making the city a better place to live.

“Public-private partnerships,” Appendino added, “are not only useful in the piloting of new smart services and technologies that can be applied on a large scale and in the city, they also represent a significant lever for an area like this one, with its unique know-how, world-leading automotive industry and truly excellent research institutions.”

In the words of Roberto Di Stefano, Head of EMEA e-Mobility at FCA: “Turin Geofencing Lab represents a great cooperation with the Municipality of Turin: a partnership between those who must set exacting regulations to safeguard the protection of the environment, and those, like FCA, who must find innovative, affordable solutions for motorists to be able to contribute to improving air quality in our cities. Once this unique pilot project with the City of Turin is complete, the same measures will gradually be offered to municipal governments both in Italy and abroad.”