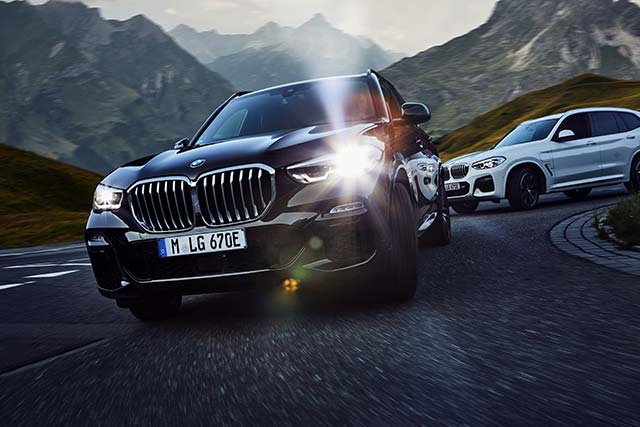 Sales of the MINI Cooper S E Countryman ALL4 Plug-in Hybrid climbed 30.1% in the first ten months of the year to reach a total of 13,274 units. With the launch of the BMW X3 as a plug-in hybrid and the pure electric MINI Electric, the BMW Group will be expanding its range of electrified vehicles to 12 models by the end of this year. The BMW Group intends to have one million electrified vehicles on the roads by the end of 2021.

The BMW Group is significantly expanding its range of e-mobility products. By 2023, the company will have 25 electrified models on the roads – more than half of which will be all-electric.

The key to implementation is highly flexible vehicle architectures and an equally agile production system that enables a model to be manufactured as an all-electric, a plug-in hybrid or a combustion engine version to ideally meet demand in each relevant market segment.

As a pioneer in e-mobility, the BMW Group is already a leading supplier of electrified vehicles. By the end of 2021, the company aims to have more than a million all-electric or plug-in hybrids on the roads worldwide.

At that stage, the BMW Group will offer five all-electric series-built vehicles. Alongside the BMW i3, demand for which has increased by approximately 20% so far this year, November will also see production of the all-electric MINI begin at the Oxford plant (UK). Over 78,000 customers have meanwhile expressed a keen interest in the MINI ELECTRIC. In 2020, production of the all-electric BMW iX3 will begin at the Shenyang plant (China), followed in 2021 by the BMW iNEXT, which will be manufactured at the Dingolfing plant (Germany). The BMW i4 is also due to go into series production at the Munich plant the same year.

In paving the way for the future of mobility, a substantial level of upfront expenditure was again required during the period under report. Research and development expenses for the nine-month period totalled € 4,247 million, 9.4% up on the previous year (€ 3,881 million). The growing proportion of electrified vehicles is also driving up costs. Exchange rate factors and rising prices for raw materials also put downward pressure on earnings. Capital expenditure for property, plant and equipment and other intangible assets during the period from January to September increased by 14.5% to € 3,308 million (2018: € 2,889 million), mainly in connection with continuing the new model initiative as well as the modernisation and flexibilisation of existing plant structures.