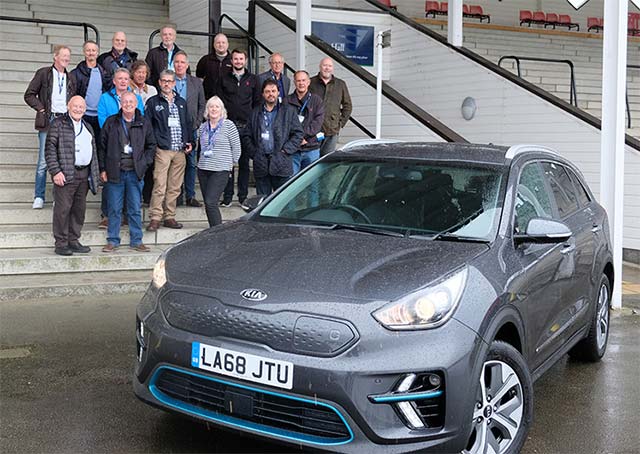 The all-electric Kia e-Niro, has been named 2019 Car of the Year by the Northern Group of Motoring Writers.

This is Kia’s fourth Car of the Year award from the Northern Group, following wins in 2011 with the Picanto, 2012 for the cee’d and most recently, the Stinger picking up the award in 2018.

Members of the Northern Group were asked to vote for their favourite vehicles from a long-list of newly launched models. The list was cut down to the top five vehicles, before members of the Northern Group met in Yorkshire earlier this month to determine which vehicle was worthy to win the title of ‘Northern Car of the Year’. The Kia e-Niro won with members awarding the car 52 votes.

Commenting on the award, Andy Harris, Chairman of the Northern Group of Motoring Writers: “After much deliberation and a well-attended driving day, The Northern Group of Motoring Writers has chosen its Car of the Year. The Kia e-Niro scooped the top spot due I believe to its combination of class-leading electric range, everyday practicality and top notch build quality. Affordable pricing is the icing on the cake and a rapidly growing waiting list means the car buying public would seem to agree.”

The Kia e-Niro has been designed to merge crossover-inspired design with a class leading driving range of 282 miles, zero-emissions driving and enjoyable performance. It achieves this with a next-generation electric powertrain, using new production technologies developed specifically for Kia electric vehicles. The 64kwh battery can be charged to 80 per cent in as little as 54 minutes.