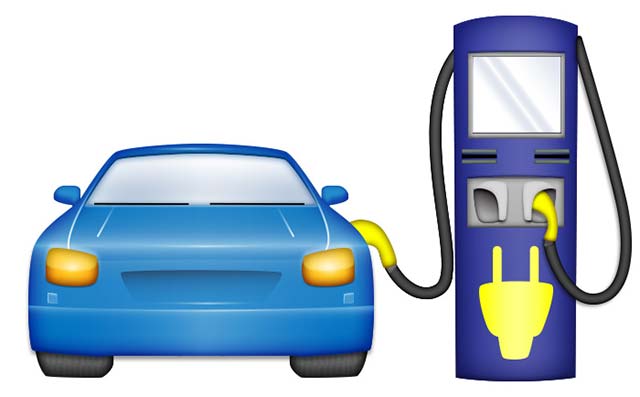 As modern-day communication evolves, emojis continue to grow in popularity, with 230 new characters being added to major platforms in 2019. As such, it’s important that they be representative of today’s world, which increasingly includes electric vehicles and the stations that charge them.

That’s why Electrify America – with its network of ultra-fast chargers for electric vehicles – has submitted a formal proposal to the Unicode Consortium, the governing body for emoji creation, to introduce the first-ever “Electric Vehicle With Charger” emoji for smartphone keyboards.

The submission announcement, and a corresponding petition on Change.org, comes just two days ahead of World Emoji Day on July 17.

The case for an EV with charger emoji

An increasing number of consumers are purchasing EVs across North America and around the world. In the U.S., plug-in electric car sales rose more than 8 percent since April 2018. With global annual EV sales predicted to rise to 10 million in 2025, electric vehicle ownership is destined to become the norm in the coming years. Furthermore, consumer consideration for EVs is growing – a recent AAA report found more than 40 million Americans said they would consider an EV for their next car.

Despite this, there is still a lack of awareness among drivers around how EVs operate and their benefits, including:

– Federal and state governments offer tax incentives to adopt zero-emission electric vehicles (U.S. federal credit is currently up to $1,875 for Tesla models and as much as $7,500 for other vehicle models).

– Many new EVs today can drive well over 200 miles on a single charge while some Tesla models deliver over 300 miles of range, and more charging stations are being built to support the growing number of EVs coming to market.

“As EVs become more popular and charging station networks continue to expand, we felt it was time for an emoji that reflects the changing industry and future of transportation,” said Rich Steinberg, director marketing, communications and Green City initiatives at Electrify America. “We hope an emoji, a symbol used in everyday digital communication, will help more people get used to the idea of driving an EV and become excited about the possibility of owning one someday.”