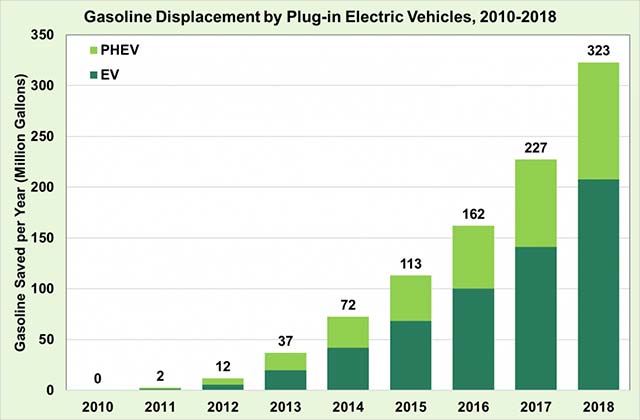 U.S. plug-in vehicles, which include all-electric and plug-in hybrid electric vehicles, have been saving increasing amounts of gasoline.

In 2018, plug-in vehicles on the road displaced 323 million gallons of gasoline or about one quarter of a percent of all gasoline used in the United States, according to the US Department of Energy data.

Gasoline displacement from plug-in vehicles is about 42% more than it was in 2017 and about twice as much as it was in 2016.