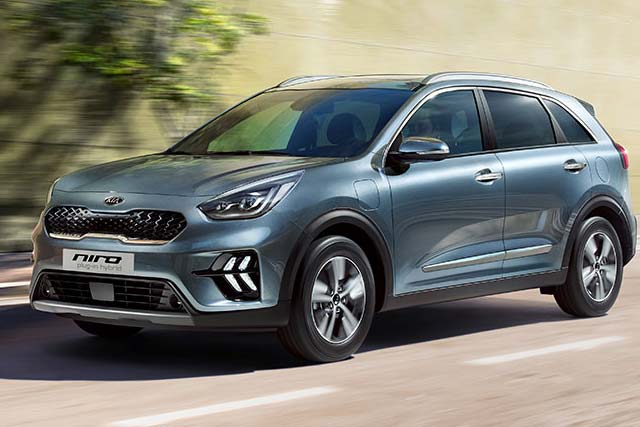 DieselCar and EcoCar Magazine have named the Kia Niro ‘Best Plug-in Hybrid’ in this year’s Top 50 list. The Niro placed at number 43 on the list which looks at the best 50 cars currently on the market.

The Niro is now available as a hybrid, plug-in hybrid or all-electric with more than 11,000 examples sold in the UK. With potential fuel economy of well over 200mpg and CO2 emissions of just 29g/km, the Kia Niro plug-in hybrid (PHEV) is easily the Korean company’s most efficient car to feature a combustion engine to date.

Elsewhere on the list, the Kia Sportage continues to be popular finishing in seventh and was Kia’s best Top 50 position. Two members of the Ceed family appeared on the list with the Ceed finishing at number 20 while ProCeed took spot number 34. The Stinger, Kia’s first grand tourer and first rear-wheel-drive car in the UK finished at number 45.

Ian Robertson, DieselCar and EcoCar editor commented: ‘The Niro crossover broke the mould for hybrid models, being one of the first to offer the fuel-saving technology alongside fashionable SUV styling. Now there’s also the battery electric e-Niro, with an impressive 282-mile range that trumps the Nissan Leaf. The e-Niro is practical too, with a 451-litre boot, as well as plenty of passenger space and great all-round visibility. Sitting in the middle of the line-up is the Niro PHEV, which has an 8.6kWh battery pack with plug-in functionality, giving a pure-electric range of 36-miles, and is our favourite PHEV.’

Commenting on the brand’s performance on this year’s list, Paul Philpott, President and CEO of Kia Motors (UK) Limited said: ‘We are delighted the Niro has awarded Best Plug-in Hybrid as it is an important part of our alternative fuel vehicle range. We hope the Niro continues to be popular with customers with an updated version going on sale in July. Having four models on the list emphasises Kia’s ability to cater to customer’s ever-changing needs.’