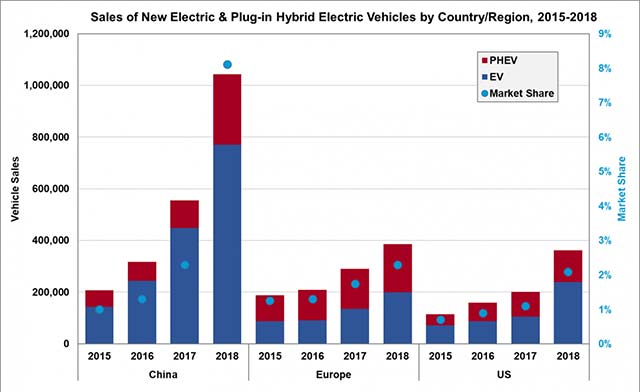 Europe’s plug-in vehicle sales have been nearly equally split between EV and PHEV since 2015, while more EV than PHEV have been sold in China and the United States.