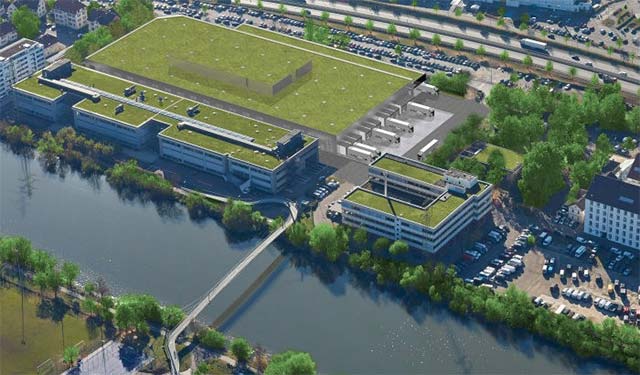 By the end of the decade, Mercedes-Benz Cars will produce high-efficiency traction batteries for future Mercedes-Benz electric vehicles of the EQ product and technology brand on 12,000 m2 in a newly erected and carbon-neutral battery factory at the Brühl sub-plant near Stuttgart, the state capital of Baden-Württemberg, Germany.

The battery is a key component of electric mobility and an integral part of the vehicle architecture. The intelligence of the battery lies in a total package of hardware and software. Development, production and integration of complex battery systems are among the core competencies of Mercedes-Benz Cars.

With the factory for traction batteries – the first in the Neckar Valley – the Mercedes-Benz Untertürkheim plant gears itself even more to electric mobility. The production of batteries requires maximum precision and expertise. All employees who will work on the assembly line in the Brühl sub-plant will be trained in the area of high-voltage technology. In addition, they earn the necessary qualifications in a pilot factory for batteries at the Untertürkheim location.

E-projects at the Untertürkheim location

As part of the negotiations on the target visions of recent years, a “Project Centre eATS” has been in existence at the Mercedes-Benz Untertürkheim plant since autumn 2018 in order to build up know-how for the next generation of an electronic powertrain (eATS). There is also an “E-Technical Centre”, where prototypes for the electric powertrain are built, amongst other things. In addition, since the beginning of 2019 the Untertürkheim plant has been responsible for the battery pilot factory. It forms the bridge between development and series production. This is where the energy storage units are tested and optimised for a production-oriented product design in order to ensure an efficient large-scale production in the worldwide battery factories.

In addition to building the batteries, the pilot factory qualifies employees for the future series production at the Brühl and Hedelfingen sub-plants. The Mercedes-Benz Untertürkheim plant thus bundles important skills as a pilot factory, especially for the battery production. Furthermore, the company announced in 2018 that the capacity would be doubled again beyond the battery production already agreed with the works council the previous year. In addition, it was agreed that a battery factory will also be added at the Hedelfingen sub-plant of the Mercedes-Benz Untertürkheim plant.

About the battery production network