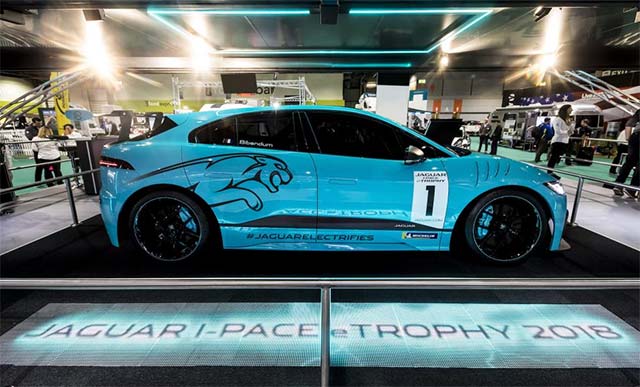 Jaguar Racing announced its first Jaguar I-PACE eTROPHY partner, with Michelin joining as Official Tyre Supplier ahead of the series debut season later in the year.

During an on-stage appearance at Autosport International, Jaguar Racing Team Director James Barclay revealed that leading motorsport tyre supplier Michelin will provide tyres for all 20 Jaguar I-PACE eTROPHY racecars at each round of the world’s first international championship for production-based electric cars.

Rahal Letterman Lanigan Racing (RLL) were recently announced as the first team to enter the series. With Michelin being revealed today, the world’s first production-based electric vehicle race series is gaining global recognition ahead of the first race in late 2018.

The Jaguar I-PACE eTROPHY is the support series to the FIA Formula E Championship and will take place the same weekend on the same city street circuits throughout the 2018/19 season. The series, which will exclusively feature 20 Jaguar I-PACE eTROPHY racecars, will give teams involved the chance to showcase talent and performance while competing on the world stage in zero-emissions motorsport.