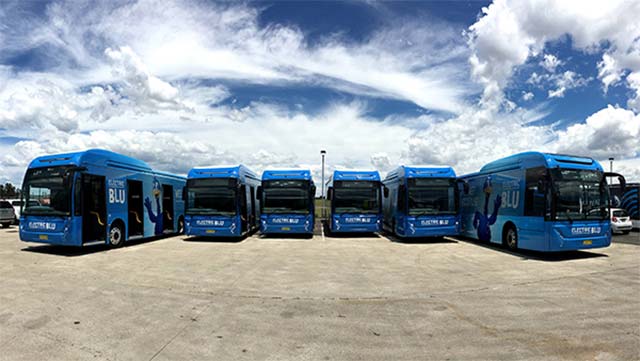 BYD has expanded of its pure electric buses to Brisbane airport, eight months after making its commercial debut at the country’s busiest airport in Sydney.

The fleet of eleven 12-meter BYD electric buses will be fully operational in February 2018 as a shuttle service between the airport’s domestic and international terminals. The vehicles will be run by Carbridge, an Australian based world leader in aviation passenger ground transportation who operates BYD electric buses, the Electric Blu, in the Sydney Airport.

“This signifies a milestone for us in Australia, and we are heartened to have more people in Australia support the state-of-the-art electric public transport that we provide,” said Liu Xueliang, General Manager of BYD Asia Pacific Auto Sales Division.

Replacing the current fleet for electric buses will result in a reduction of 250 tons of carbon emissions each year, equivalent to taking 100 cars off the road.

Brisbane airport is the closest airport to Queensland’s Gold Coast, a popular holiday destination for visitors to Australia. Around 22.5 million passengers travelled through the airport in 2016, making the airport the third busiest in Australia by passenger traffic.