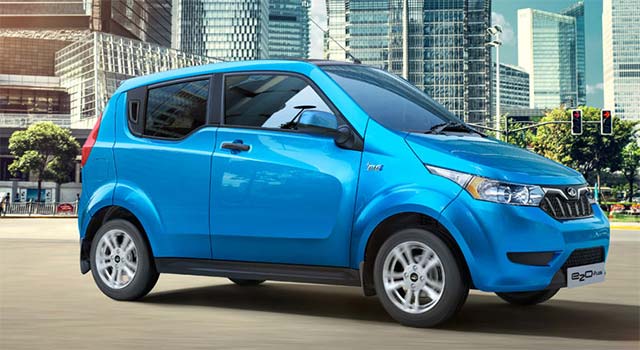 India’s electric vehicle maker Mahindra Electric, part of the Mahindra Group, has announced plans to double electric vehicle production capacity this year, as it prepares for growing demand in its home market.

Mahindra Electric unveiled a comprehensive technology and product roadmap, leading to the next generation of electric vehicles, which the company internally refers to as EV 2.0.

Mahindra has been the pioneer of electric vehicle technology in India with its products embodying Mahindra’s vision of the ‘Future of Mobility’ which includes the framework of Green, Connected, Convenient and Cost Effective vehicle technology. The company made its first serious bet on electric vehicles when it acquired the Bengaluru based Reva Electric Car Company in 2010. Earlier this year, Mahindra Electric adopted a more aggressive stance in electric mobility when it moved from being an electric vehicle manufacturer to a provider of next generation mobility solutions. In line with this, the company also underwent a change in nomenclature to Mahindra Electric Mobility Limited.

Today, there are over 2,700 electric vehicles on road from the Mahindra stable, which have clocked more than 40 million km.

Mahindra Electric is planning to introduce an electric three-wheeler in the next two months and a 32-seater bus within 18 months.

The company has also planned several projects, under the new EV 2.0, to develop new, high-end electric powertrains, motor controllers, systems integration and battery technology. One of the key projects is a high capacity battery, with a range of almost 400 km. The new battery is still under development and the company today said that it will be introduced, in the second half of 2019.

India’s electric mobility mission envisages to put 6 million electric vehicles on roads by 2020 and aims to make the country an all-electric vehicle market by 2030. So far, electric vehicle sales haven’t found many takers in the absence of incentives, infrastructure and (till now) a policy framework. In fiscal 2015-16, only 22,000 EVs were sold in India, of which approximately 2,000 were cars and the rest two-wheelers.

Mahindra Electric has pioneered the sustainable mobility cause in India and has remained committed to it for almost a decade. With increasing concerns over clean air, urban congestion and rising fuel import bills, electric mobility is set to become mainstream. The Government of India recognises this fact and is actively pursuing rapid adoption of electric vehicles, for private as well as public – shared mobility.

Recognising this fact, the Company now offers a range of EVs, suitable for personal as well as shared and last mile connectivity. At the same time, the Company is investing in next generation EV technology solutions which will deliver longer range, higher speeds and the next generation of connected car technologies.

Further, Mahindra is actively engaging with the ecosystem stakeholders, both private and public to drive faster adoption of electric vehicles. This includes setting up of charging infrastructure and fleet operations, delivering mobility as service. The connected car solution that is already rolled out will serve as the building block for smart mobility in the smart cities, which are currently under development.

May 25, 2017Blagojce Krivevski
Northern Powergrid And Nissan Partner on Electric VehiclesAudi A3 e-Tron was best-selling plug-in model in April in Germany