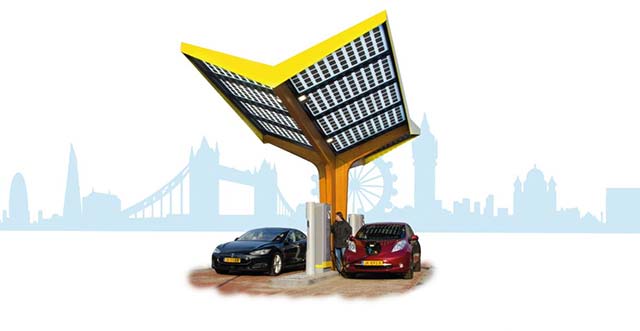 Fastned, that is building a European network of fast charging stations, has signed a framework agreement with Transport for London to realise rapid charging stations in the Greater London Area.

Transport for London (TfL) is the integrated transport authority for London and has set a goal to realise 300 rapid charging points before 2020. In the coming three years TfL plans to issue locations throughout London. To ensure the quality of the charging network, TfL has run an extensive public tender procedure to select parties to realise this charging infrastructure.

Fastned is a charging company that already has 61 stations operational in The Netherlands. The ambition of Fastned is to realise a Pan-European rapid charging network that gives electric vehicle drivers the freedom to drive anywhere.

After the recent announcement of Fastned’s expansion to Germany, this is an important next step towards European coverage.

The City of London has set ambitious targets to significantly reduce air pollution and vastly increase the number of electric vehicles on its roads. This ambition requires the realisation of high quality rapid charging infrastructure. To this end, TfL initiated a tender procedure in 2016 to select parties that are capable of being a concessionaire. By 2020 the goal is to have 300 rapid charging points operational in the Greater London Area.

For this TfL will issue long term land leases to concessionaires who will realise and operate these charging points. The first locations are expected to be allocated to concessionaires in the summer of 2017 after which realisation commences.

Michiel Langezaal, Founder and CEO. “We are very happy that TfL is making locations available for charging infrastructure through a public tender procedure. This enables Fastned to build the infrastructure required to give freedom to electric vehicle drivers and allows Fastned to live up to its mission to accelerate the advent of the electric car.”