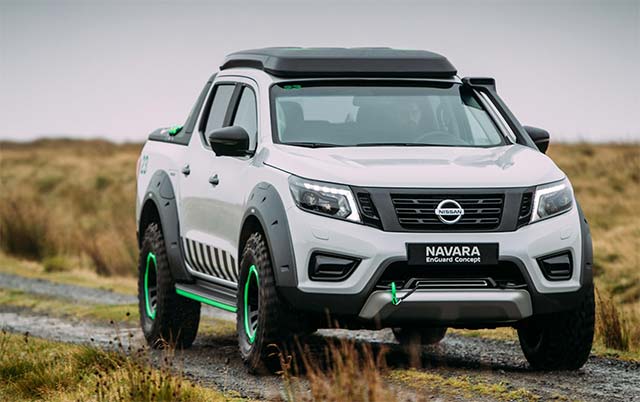 Nissan has unveiled an all-new vehicle at the 2016 IAA Commercial Vehicles show in Hanover – the Navara EnGuard emergency truck concept – which features two lithium-ion battery packs for use as power sources.

Based on a Double Cab Tekna version of the Nissan Navara, the Navara EnGuard Concept features many bespoke design elements and performance upgrades. It is also packed with vital equipment suitable for emergency and disaster recovery work, including an advanced drone to provide vital intelligence about what dangers rescue crews might face. 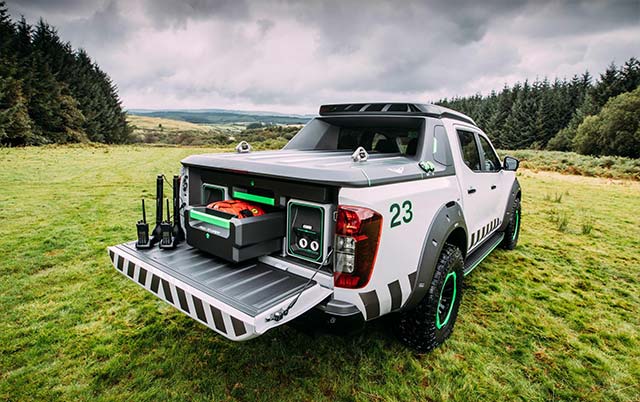 It also marks the world debut of a prototype portable battery pack, designed and developed by Nissan. It utilises the brand’s tried and tested EV battery technology, already available on the road in the 100 per cent electric Nissan LEAF and e-NV200.

When docked in place the battery packs are constantly in ‘charge’ mode, using power generated by the vehicle’s 2.3-litre 190PS twin-turbo diesel engine to ensure they’re ready for emergency use when required. Each is a 2kW unit and utilises seven Nissan EV battery modules inside a weather-proof machined aluminium housing. 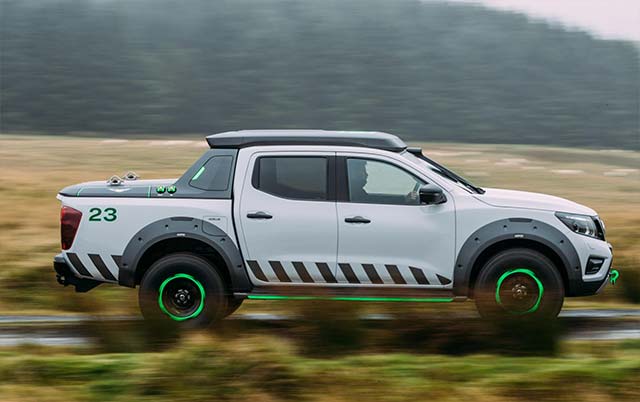 Two input (charge) sockets are included – a 220v AC socket and a connector for solar panels. The five output (discharge) sockets are two 220v AC sockets and three USB ports. Each portable battery pack has recessed ends to allow it to be carried easily. With zero emissions and no flammable fuel, portable battery packs can also be used in enclosed spaces such as a building or a cave. Additional power sockets are integrated into each side of the pick-up’s load bed.

As part of its Intelligent Mobility vision, Nissan is working to explore how its pioneering EV battery technology can be integrated further into society. These prototype battery packs provide a real-world example of how it could be applied to new sectors, to provide cleaner, more sustainable power solutions.

Occupying the rest of the space in the load bed are two pull-out fibreglass trays. The shallow upper tray contains lightweight items such as two-way radios, ropes and an axe. The lower tray is deeper and narrower, storing larger items such as an oxygen tank and resuscitation kit, life jackets and buoyancy aids. 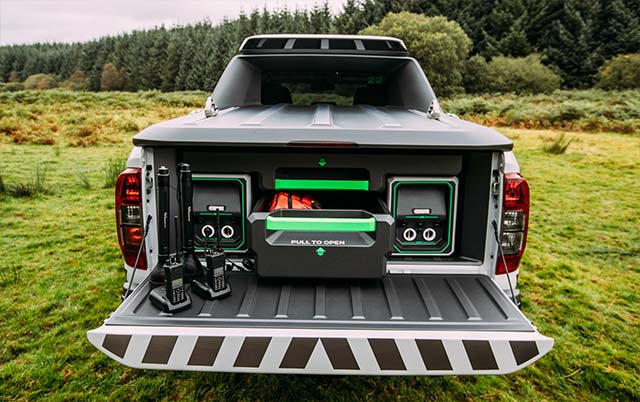 Key to the car’s rescue role is a drone, a DJI Phantom 4 with an operating ceiling of 6,000 metres. Weighing just 1,380 grammes, it can fly at speeds of up to 20 metres per second for close to 30 minutes and can relay images back to the concept car. These are viewed on a pop-up HD screen hidden in the load bed wall.

Compared to the standard Nissan Navara, the overall ride height of the Navara EnGuard Concept has been raised by 50mm, creating extra ground clearance and further enhancing the vehicle’s ‘go anywhere’ attitude. The wheel arches feature bespoke overfenders, with new moulded side steps between them.

The Nissan Navara EnGuard Concept and the Nissan portable battery pack have been developed by Nissan Design Europe (NDE), based in London, UK.