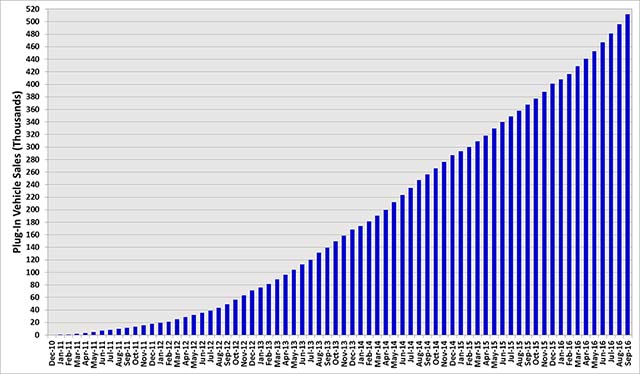 Plug-in electric vehicle sales have been accelerating in 2016. For the past three years, sales of plug-in vehicles have averaged a little over 10,000 units per month. However, monthly sales records have been set five times since December 2015, and reached an all-time high of 16,069 units in September of 2016.