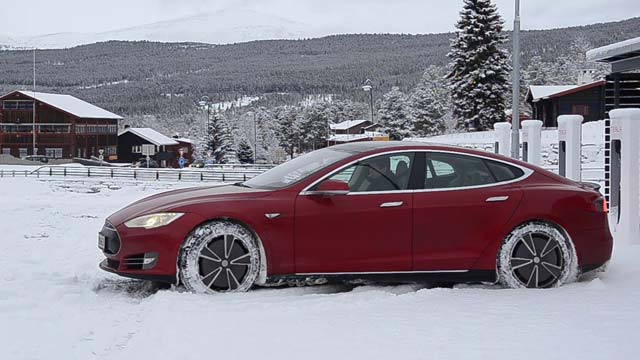 13,896 new battery-powered vehicles hit the Nordic roads in the first quarter of 2016. Where Norway and Finland saw their best-selling quarter-to-date, the sales in Denmark have stalled.

“The market for EVs is still in its infancy. It takes some getting used to to switch from gasoline to electricity, and at the same time the range of new EVs remain limited, providing excellent conditions for PHEVs as a transitional technology. In the first quarter of 2016, PHEVs accounted for 45.7% of the total sales of battery-powered vehicles in the Nordic countries, and we expect a significant increase in the coming years – until the market for EVs has matured sufficiently”, explains Søren Bernt Lindegaard, consultant at Insero.

In total, 6,355 PHEVs and 7,541 EVs were sold in the first quarter of 2016 across the Nordic countries. Where EVs rely on a battery and an electric motor, PHEVs also has a gasoline engine, making them capable of running on both electricity and gasoline. 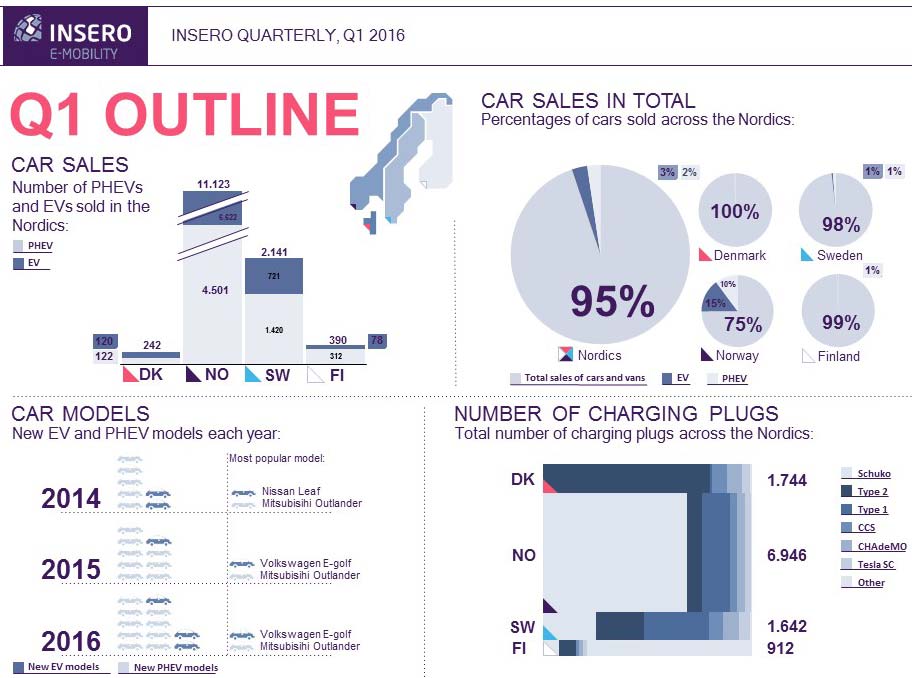 Denmark is falling behind
Where Norway, Finland and partly Sweden has experienced an increase in sales, the introduction of taxes on electric cars has stalled the Danish market – even despite the fact that sales of PHEVs are keeping pace with previous quarters.

A gradual introduction means that new EV buyers will be charged 20% of the registration tax in 2016, followed by 40%, 65% and 90% in the subsequent years. In 2020, it is expected that the tax will be fully implemented.

Norway remains in the driver’s seat
With sales surpassing 10.000 battery-powered cars and representing one third of all sold cars in Norway during the quarter, the Norwegian advancement on the EV and PHEV market has continued at undeterred pace in the first months of 2016.

Likewise, Finland has experienced an impressive beginning to 2016 with 390 sold electric vehicles – their best quarter to date.