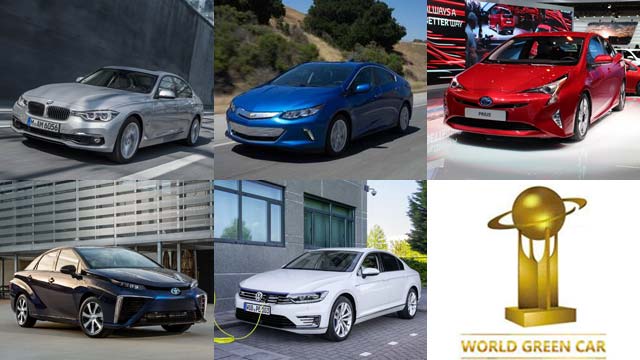 The Road to the 2016 World Car Awards continues with today’s announcement of the finalists in all five award categories.

2016 marks the 10th anniversary of the partnership between World Car and the New York Auto Show, and the third consecutive year that the World Car Awards have retained their ranking as the number one automotive awards program in the world in terms of media reach.

A jury of 73 distinguished international automotive journalists selected the following finalists by secret ballot based on their evaluation with each candidate as part of their professional work.

The Road to the World Car began in Frankfurt on September 15, was followed by a four and a half day stop in Los Angeles for test-drives of the North American, Japanese and Swedish contenders in November, and continues with today’s finalists’ announcement. The next stop is at the Geneva Motor Show on Tuesday, March 1 when the top three finalists in all categories will be announced.   The journey ends at the New York Auto Show on Thursday, March 24, 2016 when all winners are declared.