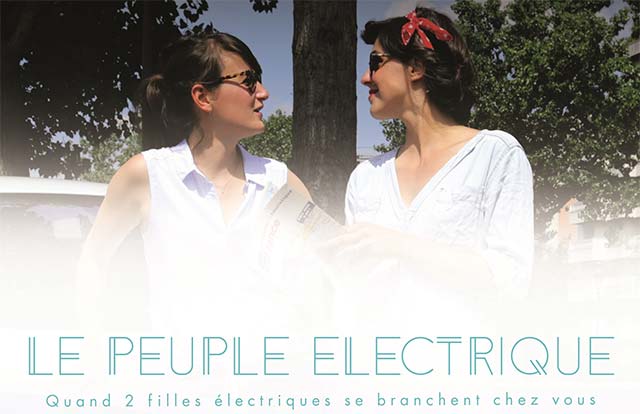 From 8 to 28 July 2015, Sandra Reinflet (writer, singer and photographer) and Mathilde Terrier (journalist) took ZOE out on a most unusual Tour de France.

The challenge would be to find electricity for charging the car every 150 kilometres along the way, with the help of the growing community of ZOEnautes and other electric car buffs. The three-week adventure gave rise to a documentary portraying this pioneering movement, along with its values and its commitment to progress and the environment.

For COP21, an event on which it is an official partner, Renault unveiled this unique film, which will also be shown at the major climate conference.

Summer 2015, Sandra and Mathilde set out into uncharted territory with their Renault ZOE, roaming the roads throughout the country and knocking on the doors of total strangers, members of the electric vehicle movement. A strong community spirit would ensure there was always a power outlet available for recharging their batteries.

It was an original way to show that you can go far with an electric car, and meet a lot of interesting people along the way.