EDI Introduces its PHEV SUV for the Asian Marketplace 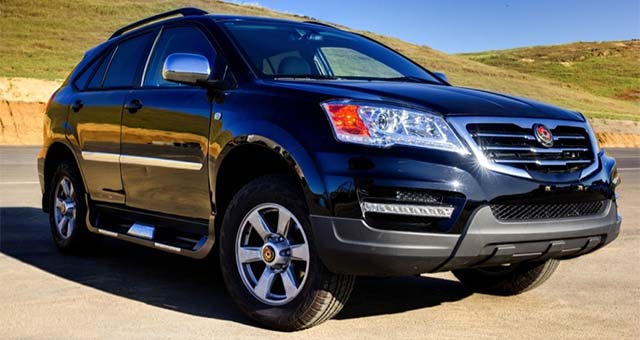 Based on its proprietary drivetrain technology, the SUV offers the highest performance for a PHEV in its class.

“The SUV market continues to demonstrate explosive growth in Asia and the Pacific Rim, and we consider it a prime, high-volume opportunity for EDI,” said Joerg Ferchau, CEO of Efficient Drivetrains. “We set out to develop a vehicle that goes well beyond consumer expectations, delivering an affordable PHEV SUV platform, with full-performance features. This is the first of its kind in this vehicle class.”

EDI leveraged its proven technology to address the increasing demand from Asian automakers seeking a path to offer a cost-competitive, fuel efficient SUV. The vehicle is a full-size Chinese SUV with a 2.4 Liter engine that has been converted into a plug-in hybrid electric vehicle. The vehicle offers an affordable price point for PHEV in its class with full electric capability for over 50 km (31 miles), making it eligible for government incentives, which further reduces its purchase price.

In addition to cost savings, the vehicle has several other advantages over other PHEVs including higher performance with improved acceleration and torque, lower fuel consumption, and a higher top speed. The range of the vehicle is also significantly longer; EDI’s PHEV SUV is capable of driving over 800 km (697 miles) on a single tank of gasoline, a significantly longer range compared to the less than 600 km (373 miles) a standard vehicle of the same class is capable of.

EDI’s PHEV SUV can be charged with a level 1 or 2 standard electric plug. This capability allows the vehicle to use about half as much liquid fuel as a conventional vehicle on daily drives ranging from 130 to 160 km (80 – 100 miles) when plugged in to a source of electricity every night. Daily drives of 50 km (31 miles) can be accomplished without the use of any liquid fuel.

EDI will be moving into vehicle certification and durability testing next–seeking government certifications in key geographies in Asia. The company is also in discussions with several auto manufacturers for incremental development projects.