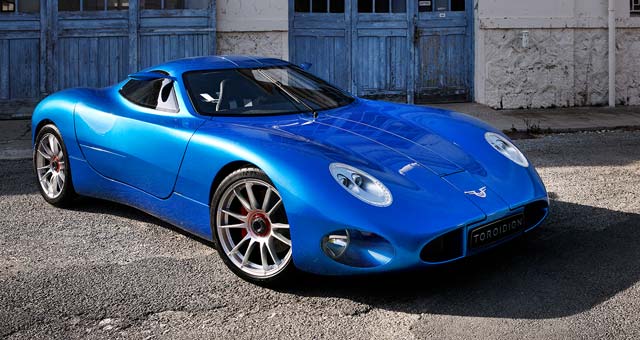 The new 1MW electric supercar from Finnish automaker Toroidon is set to be the most powerful pure electric car ever made.

Toroidion was established in 2011 to develop an entirely new electric powertrain that would be competitive at the Le Mans 24-hour race.

The founder Pasi Pennanen has spent the past 20 years in the automotive industry developing and building concept cars and production models.

The retro-styled electric car features gullwing doors and boasts 1,341 hp (1000 kW), thus the one megawatt (1MW) name of the vehicle.

The Toroidion 1MW Concept uses 4 electric motors which are driving directly each wheel. The front axle houses a pair of 200kW (268hp) motors and the rear another pair of 300kW (402hp) ones.

Pasi Pennanen promises to reveal more details about its performance as soon as the tests have been performed.[wzslider height=”400″ lightbox=”true”]