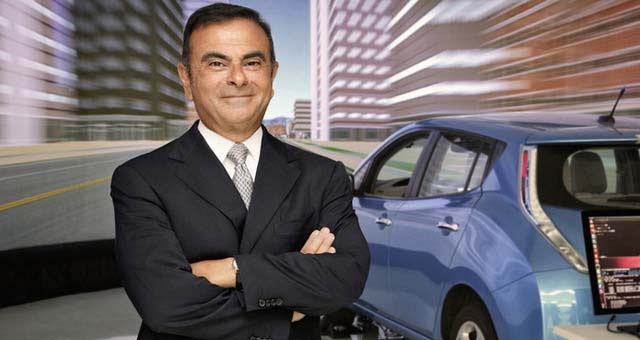 Autonomous Drive is a “megatrend” that will transform our cars and make them far safer, Carlos Ghosn told a major technology conference in Barcelona.

“All carmakers are developing this technology because it will make cars safer,” Ghosn, Chairman and CEO of the Renault Nissan Alliance, said during the opening keynote session of Mobile World Congress 2015. “It’s going to come in waves.”

Ghosn outlined the Alliance’s timeline for rolling out Autonomous Drive technology over the next several years.  The first wave will come in 2016, with a feature that will allow the car to negotiate stop-and-go traffic without direct driver intervention.

The second wave, in 2018, will include the car’s ability to drive itself on the highway, including changing lanes. The third wave will feature technology that permits the car to handle more complex city driving autonomously.

In all these cases, Ghosn said, the driver will remain in control at the wheel and have the option to use the technology when appropriate.

One potential hurdle is gaining the necessary regulatory approvals, Ghosn said.  The Alliance is working with governments around the world to get the appropriate regulations in place.

The technology initially will be featured on higher-end Renault and Nissan cars, Ghosn said.

So-called driverless cars are much further into the future, at least 10 years away, he said.  That is due to the many technological, legal, regulatory and security challenges involved in allowing vehicles on the road without a driver.

Recent news that Apple may be working on developing an electric car is “refreshing” in that it confirms EV technology is going mainstream, he said, noting that when the Alliance announced it would introduce mass-market EVs, there were many doubters.

Through January, the Renault-Nissan Alliance had sold 222,000 EVs worldwide since its first electric car, the Nissan LEAF, was introduced in 2010.  That is more than all other automakers combined.

Ghosn said if more automakers and even outsiders enter the EV market, it’s good for everyone.

“We don’t consider that other people making electric cars are competitors; we consider them allies,” said Ghosn. “Because today, the battle is not who is going to have the biggest share of the electric car business. It’s about how many companies are going to join in promoting zero-emission transportation.”

So when other automakers enter the EV segment, “We’re very happy because they are making the electric car much more credible, and they are pushing customers to consider electric cars much more seriously.”

The main obstacles to wider acceptance of EVs are the expansion of the charging infrastructure, developing longer-range and less costly batteries, and bringing the overall price of EVs down, said Ghosn.

The infrastructure is expanding rapidly in some locations around the world, and that will continue to accelerate quickly as restrictions on auto emissions continue to get tighter in the effort to reduce CO2 emissions.

“You are not going to be able to meet emissions regulations in most countries without zero-emissions technologies,” said Ghosn. “It’s impossible.”