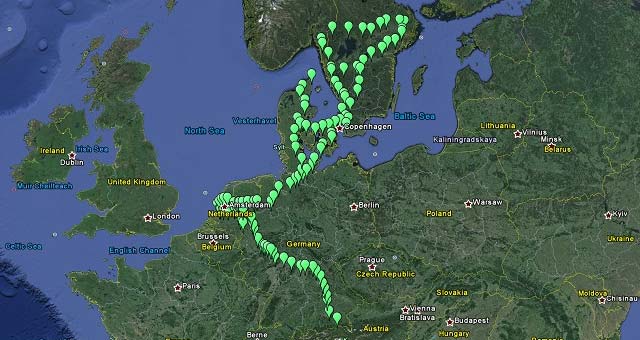 European consortium officially announces the common project ELECTRIC, which is co-funded by the EU and supports the installation of a corridor of high-quality fast chargers along key European motorways until the end of 2015.

Together the partners expect that this corridor will help accelerate electric vehicle uptake in the involved Member States and focus on interoperability, sustainable infrastructure setup and network planning alongside infrastructure deployment.

ELECTRIC is funded by the “Trans-European Transport Networks (TEN-T)”. Via TEN-T the European Union contributes to the internal market in order to harmonize and better connect transport systems in Europe. The objective of the TEN-T program is to co-fund investments in transport infrastructure in order to ameliorate the European Transport Networks. The total budget of this project amounts to about 8.4 million euros.

The aim of this project will be to create an open access fast charging corridor situated along major motorways connecting Sweden, Denmark, Germany and the Netherlands via a total of 155 foreseen chargers, with up to 30 in the Netherlands, 23 in Denmark, 35 in Sweden and 67 in Germany.

The first results of this project will be soon available since the first charging stations co-funded are already in place and ready to use in Denmark – operated by CLEVER A/S and in the Netherlands by Fastned B.V. It is expected that by the end of December 2015 the open access fast charging corridor will be completed.