BMW Boosts i3 Production to Prepare for U.S. Launch 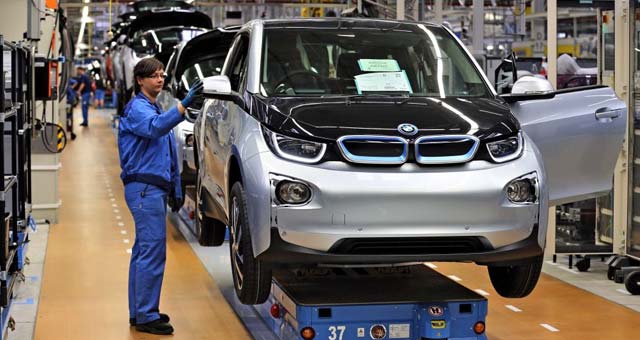 BMW has increased production of its i3 electric car to 100 vehicles a day, ahead of its launch in the United States this month.

“The United States will be the biggest market for the i3. Because of this, we have started raising production levels and are currently at around 100 cars a day,” board member Harald Krueger said on Tuesday.

BMW has already built more than 5,000 i3 electric cars since the start of the year and has received orders for more than 11,000 vehicles, Krueger said.

The current production rate translates to about 20,000 vehicles for the full year, almost twice as much as BMW’s initial sales forecast.

The i3 went on sale in Europe in November. BMW started taking orders in the United States for the car this month.