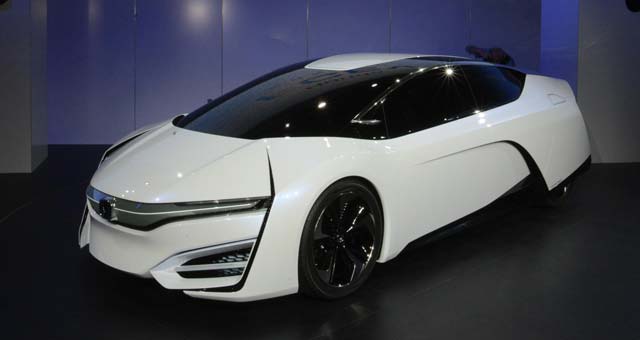 Honda has led the industry for nearly two decades in the development and deployment of fuel-cell technology through extensive real world testing, including the first government fleet deployment and retail customer leasing program.

Japanese carmaker has made significant technological advancements in fuel-cell operation in both hot and sub-freezing weather, meeting stringent emissions requirements and safety regulations since the introduction of its first generation fuel-cell vehicle, the FCX in 2002.

Honda began leasing its first-generation FCEV, the Honda FCX, in 2002 and has deployed vehicles in the U.S. and Japan, including its successor, the FCX Clarity, which was named the 2009 World Green Car.

In July 2013, Honda entered into a long-term collaborative agreement with General Motors to co-develop the next-generation of fuel-cell systems and hydrogen storage technologies, aiming for the 2020 timeframe. The collaboration expects to succeed by sharing technological expertise, economies of scale and common sourcing strategies.

Last week at the LA Auto Show, Honda unveiled the FCEV Concept that expresses a potential styling direction for Honda’s next-generation fuel-cell vehicle anticipated to launch in the U.S. and Japan in 2015, followed by Europe.

Check out the infographic below for a closer look at history of Honda’s fuel-cell innovations.