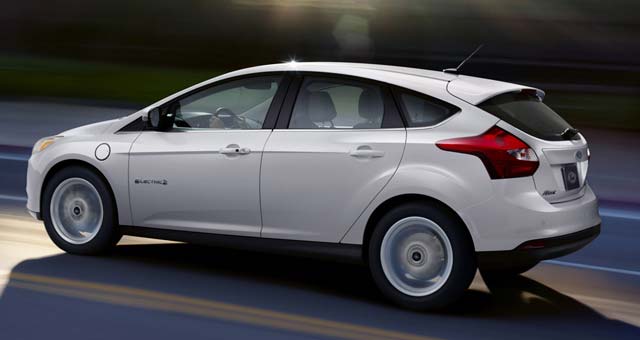 Ford is cutting $4,000 from the base price of its 2014 Focus Electric model that arrive at dealers later this summer.

The 2014 Focus Electric will start $35,995, including the $795 destination charge. The Focus Electric also is eligible for the $7,500 federal tax credit and an additional $2,500 state credit in California.

Ford says it hasn’t taken away any features as part of the cut. The automaker describes the lower-price 2014 Focus Electric as “fully contented,” and says the cut was important to keep the car competitive.

Ford’s move follows Nissan’s $6,400 price cut for the base LEAF electric, announced in January. That reduced LEAF’s starting price to $29,650 including shipping.

In addition to the Nissan LEAF, the 2014 Focus Electric will also have to deal with the lower prices of smaller EVs including the, Honda Fit EV, Fiat 500e, the Chevrolet Spark EV and the Smart Fortwo ED.