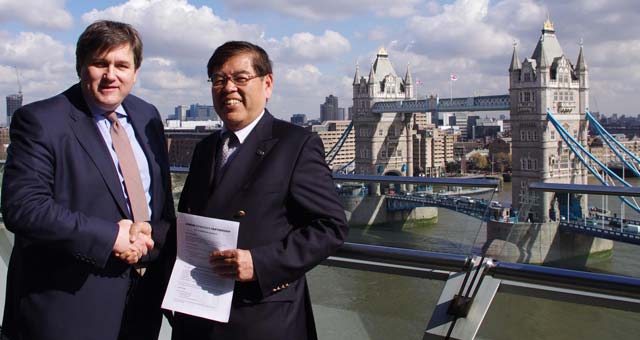 Toyota has confirmed its support to the London Hydrogen Partnership (LHP) committing to work with the group to bring hydrogen and fuel cell technology to the capital.

The development of a hydrogen economy in London will help support the Mayor’s ambitions to secure new jobs and investment whilst at the same time reducing environmental impact.

Hydrogen Fuel Cell Electric Vehicles (FCEV) are accepted by many as a viable long-term successor to today’s diesel and petrol passenger vehicles, with many major global automakers developing FCEV.

The LHP was set up in 2002 to develop a network of hydrogen fuel cell (HFC) stakeholders in the capital and help develop HFC technologies in London.

Graham Smith, Managing Director, Toyota Motor Europe, London Office: “We are pleased to participate within the London Hydrogen Partnership and add our support to its ambitions to develop and enable clean, sustainable hydrogen fuel cell transport for the capital. Toyota believes this technology offers great potential for sustainable transport and will be among the first manufacturers to bring hydrogen-powered vehicles to the European market in 2015 where hydrogen supply infrastructure is in place.