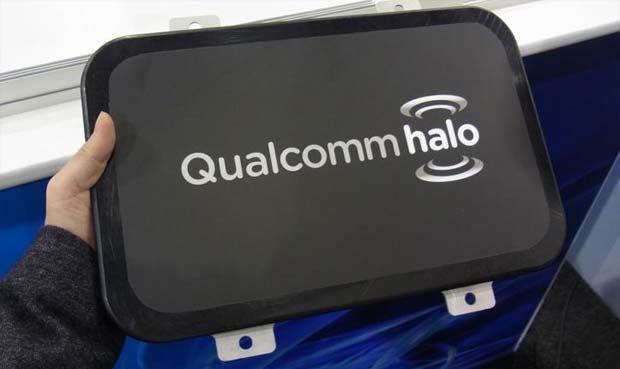 Qualcomm and Renault today announced a Memorandum of Understanding (MoU) concerning their cooperation on the wireless EV charging technology (WEVC) London trial and preliminary studies of the integration of Qualcomm Halo WEVC technology into some Renault electric vehicles.

Qualcomm announced in November 2011 a Wireless Electric Vehicle Charging (WEVC) trial in London that is supported by a cross section of stakeholders from government departments and agencies, to commercial and private sector enterprises.

The London WEVC trial is scheduled to commence in the second half of 2012 and is expected to be supported by a cross section of stakeholders, including government departments and agencies, as well as commercial and private sector enterprises.

The objectives of the trial are to evaluate the commercial viability of the wireless charging of electric vehicles, to develop a further understanding of issues relating to the integration of WEVC technology into EVs, to build knowledge associated with the deployment of WEVC into a megacity, and to gain user feedback on the use of WEVC-enabled electric vehicles.

In related news, Qualcomm and UK automotive and motorsport engineering consultancy Delta Motorsport announced that Delta has agreed to integrate the Qualcomm Halo WEVC system into its Delta E-4 Coupe electric vehicles, which are intended for deployment in Qualcomm’s London WEVC trial.

Qualcomm has recently acquired the team and the technology assets of wireless charging company HaloIPT from New Zealand.