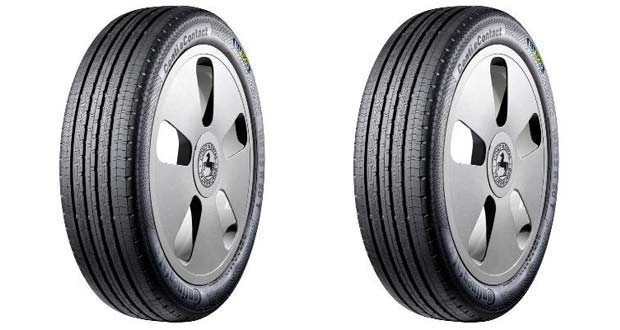 The Conti.eContract will make its first appearance on the Renault Twizy next year and will be available in sizes 125/80R13 and 145/40R13 from this year.

There is less material in the sidewall which enables more flexibility and ensures that less energy is lost, again helping with rolling resistance.

Tyre noise has been reduced by having a high number of lateral sipes and no lateral grooves.
Continental has also created a ‘BLUECO’ label which will be used to identify its electric vehicles tyres.

Continental is anticipating a big increase in global demand with electric vehicle registrations predicted to increase to 1.5 million in 2016 and 2.8 million in 2020.

Jan 6, 2012Blagojce Krivevski
A123 Systems to Supply Lithium Ion Battery Packs to VIA MotorsMitsubishi Readies All UK Dealers for EVs