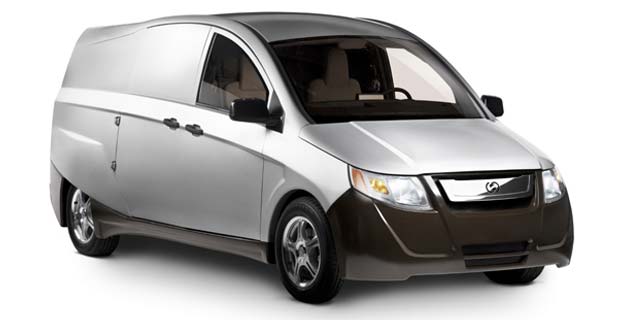 Bright Automotive has been awarded a contract by the United States Postal Service (USPS) to develop and test an electric postal delivery vehicle.

Under the contract, Bright Automotive’s eSolutions team will retrofit a standard USPS Long Life Vehicle (LLV) with its integrated electric drive train, and place the vehicle in real-world service for one year in the Washington DC area.

The Bright eSolutions retrofit LLV is fully electric, uses no gasoline, and is capable of covering a high percentage of existing postal service routes. After delivery to the USPS in July 2010, the vehicle will go into service in the metro Washington DC area for at least one year.

Bright eSolutions is also collaborating with a top Tier 1 automotive supplier, EDAG, Inc., another recipient of a USPS LLV conversion contract. Bright eSolutions is providing powertrain hardware and software support for two of the five contracts awarded under the program.

The USPS currently operates 142,000 LLVs, which average less than 20 miles of driving per day and have an average fuel economy of only 10 mpg.

Bright Automotive is developing the first purpose-built light commercial plug-in hybrid electric vehicle for commercial and government fleets. The IDEA, scheduled for production in 2013, delivers a positive total cost of ownership to fleet customers by providing 5 to 10 times greater fuel efficiency than current fleet vehicles in its class. The IDEA operates in electric mode for 40 miles before switching to an estimated 36-mpg hybrid mode for 100+ mpg potential based on daily driving behavior.