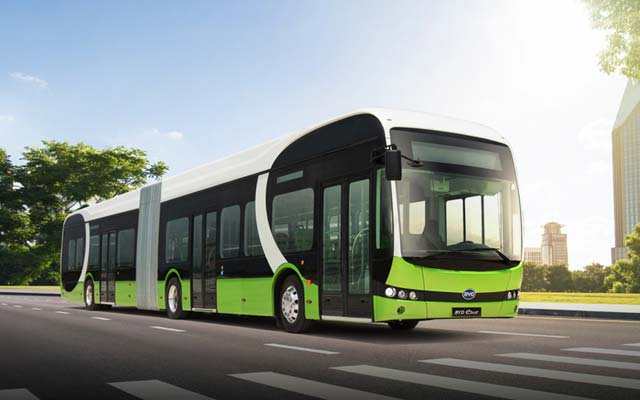 BYD, the world’s leading manufacturer of electric buses, has recently secured an order for four 18-metre articulated eBuses from public transport operator, Moventis, in Spain. A new customer for BYD, this is also the first ever order for articulated eBuses in the Iberian region, making the announcement even more significant.

Moventis provides intercity passenger transport in the Vallés Occidental area, near Barcelona. The BYD pure-electric articulated buses on order are scheduled for delivery to Sant Cugat de Vallès towards the end of 2022. They will operate on working days in the Barcelona Province, encouraging more commuters in the region to use clean, eco-friendly bus services to and from work, rather than cars.

The project is being financed by the Regional Railway System of Catalonia (FGC). It will provide commuters with a non-polluting bus service, linking Sant Joan station with surrounding industrial zones, where many large and well-known global enterprises are located. This initiative will see all four BYD 18-metre articulated eBuses enter service on working days, providing commuters with a convenient and reliable service, while also playing an important role in improving traffic management in the locality and reducing air pollution.

Each of the 18-metre articulated eBuses offers a spacious capacity, accommodating 110 passengers. All the zero-emission BYD 18-metre articulated eBuses are powered by new generation BYD Iron-Phosphate Battery technology, designed for optimum levels of performance and operational safety. The 478 kWh battery capacity delivers an impressive 300 km range from a single charge, supporting all-round operational efficiencies. This performance makes BYD eBuses a viable and practical option for many PTOs as they transition to clean-energy vehicles.

Such innovation stems from pioneering technology developed as a result of BYD’s world-leading expertise in power batteries over the last 27 years. As the world’s leading NEV manufacturer, BYD continues to push forward innovation within the industry.

With the advanced EV products and customers’ recognition, BYD has now delivered, or has on order, over 110 eBuses to public transport operators across Spain, which combined, have completed in excess of 7.6 million electric kilometres, reducing CO2 emissions by 8,000 tonnes.